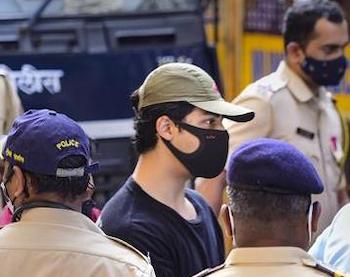 Aryan Khan, the son of Bollywood star Shah Rukh Khan, was cleared in the drugs-on-cruise case by the Narcotics Control Bureau (NCB) on Friday.

Former NCB Zonal Director Sameer Wankhede said that he is not associated with the case. “I do not wish to comment on this,” he added.

The 6,000-page chargesheet, named the 14 accused, after drugs were found on a cruise ship off Mumbai last year. The NCB filed the chargesheet in the Special Court as its 60-day extension to file the document was to end on May 29.

The chargesheet said Aryan had not been found in possession of any narcotics.

“Based on an input NCB Mumbai on 02.10.2021, intercepted Vikrant, Ishmeet, Arbaaz, Aryan and Gomit at International Port Terminal, MbPT and Nupur, Mohak and Munmun at the Cordelia Cruise. All the accused persons were found in possession of narcotics except Aryan and Mohak,” said a press release by the agency.

“SIT carried out its investigation in an objective manner. The touchstone of the principle of proof beyond reasonable doubt has been applied. Based on the investigation carried out by the SIT, a complaint against 14 persons under various sections of the NDPS Act is being filed (before a Mumbai court). Complaint against rest 6 persons is not being filed due to lack of sufficient evidence,” it said.

Aryan Khan was arrested by the anti-drugs agency on October 3, 2021 following a raid on the Cordelia cruise ship off the coast of Mumbai. The 24-year-old was released from Mumbai’s Arthur Road jail 28 days after he was arrested in drugs-on-cruise case.

Five other accused in the case were also cleared of the charges due to “lack of sufficient evidence” – Avin Shahu, Gopal ji Anand, Samir Saighan, Bhaskar Aroda, Manav Singhal.

Those against whom evidences were not found were not chargesheeted, said NCB DG SN Pradhan. “The chargesheet is not based on WhatsApp chats. I won’t comment on whether Shah Rukh Khan was questioned or not. This was not an international syndicate, as was initially said. A vigilance probe is on against Sameer Wankhede and other officers,” he said. 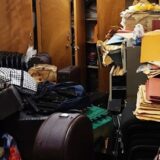