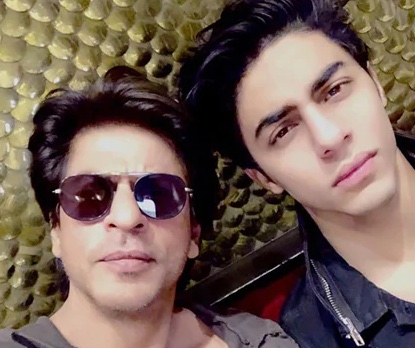 When you hear bad news about someone you know – what do you feel first? Shock, genuine concern, pain, or malicious pleasure in seeing them finally fall from their pedestals? What is this petty satisfaction that people gain from seeing others hit by a crisis?

There is a beautiful verse from the Bible I passionately love and believe in, “Do not gloat when your enemy falls; when he stumbles, do not let your heart rejoice” (Proverbs 24:17)

Sadly, many do gloat. They see celebrities’ falls as them finally receiving their comeuppance. And sadly, often, it is not even directed at an enemy, but at someone you know. May be even someone you love or once admired.

Bollywood superstar Shah Rukh Khan’s son Aryan Khan was arrested onboard a cruise ship off the Mumbai coast, during a drug bust. And everyone has been ranting at the son and his celebrity father ever since. Everyone is giving parenting advice. And SRK’s friends such as Suniel Shetty who tried to throw some water into the fire, have ended up fanning the flames even more.

SRK was the star we grew up with – from our school days (Cue: DDLJ theme music). The love and adulation has spilled over to our kids too. Suddenly, a faction of people want to paint him as a bad parent and a villain. Incredible respect to the officers such as Narcotics Control Bureau (NCB) Zonal director Sameer Wankhede who did their job well. But, as a journalist and a mother, the way this issue is snowballing, saddens me too. Is it because we love our celebrities so much this side of the world, that we feel our anger is justified whenever they fall short of our ideals?

Every time a journalist messes up, the media as a whole gets beaten up. Yet I have been honoured to work with extremely hardworking, fair, courageous, non-biased and committed journalists across the world. A bad teacher does not define education, a poor minister does not define a church, a bad doctor or a botched up surgery does not cancel out the sweat and tears of countless hardworking healthcare professionals. Heroes fall too. If you and I cannot help them, at least don’t gloat when they fall.

Every time a child messes up, we parents are doubly hit – for their sake and for our own. Good children belong to the public, the community, the extended family and the church, so called ‘bad children’ apparently belong just to their parents.

Even the best parent cannot predict what his/her child could get into. Parenting is like having your heart walking around you.

We can pray for them, hold their hands, provide for them, be around for them. Even the best kids from the nicest families mess up. We whack our kids, back up our kids, beat ourselves up, then get up again and push on. You just don’t stop worrying about them even when you or they are greying. There are so many things that all of us wish we had done differently. Parenting is one of those. “Is this the best decision for my child’s future and welfare?” That is a question we parents ask ourselves countless times daily.

Twitter/Facebook rants about the SRK uproar:

#1. We were also 23 years old once and never indulged in drugs.

Good for you. May be not drugs. May be you did something else that neither you nor your family is proud of. People sin differently.

#2. They get undeserving adulation and press for even just sneezing. They don’t complain when it promotes them. Why should they be shielded now and why shouldn’t the press report it?

It is ok to report it. But fairly and objectively. Selective bias or perennial ranting is not journalism. It is just hitting a famous person below the belt. Don’t do that to any famous figure, political party, religious group, organisation or denomination. Don’t stick labels, even out of your ignorance.

#3. What precedence will this set for the coming generation, the youth?

#4. Do common people get away that easy?

Some do, some do not. Life is never fair. That does not excuse you and me wasting time ranting to the world when a celebrity gets into a crisis. We are blessed differently. And the fact that even a celebrity kid was not spared, shows that law and order is still at work. Meanwhile, there is not only the celebrity dad, there is the successful mother Gauri Khan and two innocent siblings, who are involved and getting hurt too.

Such a cheap shot. No human being, no parent is perfect. It is despicable to attack a man over 23 years of parenting, just when his son has gotten into a mess. If you want to use this as an example to warn your kids, do so, but not at another man’s expense. It is purely God’s grace that our kids are not in any messes right now.

#6. Its because they have no religion

That shot is so uncool it does not deserve any explanation, but here goes. Members of every religion sin. Even godly people from godly families mess up. Please do not associate any crime with a particular community, race, profession, church, caste, creed, gender or place. That shows you need to grow up or bring God into your thinking, speech and daily life.

All of us do. We all whine to our inner most circle and we may vent. But be aware that you have a role model to set in your home, community, ‘prayer group’ and church. There are youngsters listening. Do something to quell the hate speeches and the vitriol of spite – speak up and live against voluntary hatred.

Let the law take its course. Meanwhile, let the family deal with it, like any of us would, if one of our own young ones got into any trouble. Let them do all that they can, like any parent would. This is not rape or murder.

#9. I am morally indignant

So are many of us. But sometimes, moral indignation is just sugar-coated jealousy or spite. Be more concerned about your tendency to nit pick and gossip. Thou shall not judge, lest thou be judged more harshly by thy Maker.

Your call. He is not King Khan of Bollywood for his parenting skills, but his acting skills. This too shall pass.

Meanwhile, if you are a genuine fan or even a stranger, say a prayer. For your favourite star. When was the last time, as a Christian, you prayed for your favourite celebrity/sport star/ politician/leader/writer? They need prayers too. Now would be a good time to start.

Some of us still hurt when others hurt. Stop the hate. Live and help live. The only way to be better rather than bitter, is to extend to others the same grace and mercy that God extends to us daily. 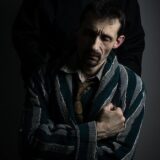 Previous Story
Dealing with past sins
→ 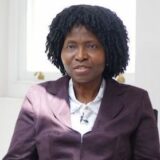