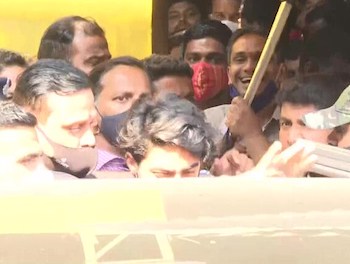 Bollywood star Shah Rukh Khan’s son Aryan Khan has been released from jail. The star son reached their home Mannat at 11:30 am on Saturday.

He was welcomed by cheering fans, who burst crackers as the young man reached home after spending 3 weeks in custody.

A large team of police officers and security had escorted him out of the jail gates, thronged by fans and media persons.

Shah Rukh Khan’s security head Ravi Singh has been spotted outside Mumbai’s Arthur Road jail. The Bollywood superstar had left early morning to pick up his son and had been waiting in his car.

Outside Mannat, his beachside bungalow, large groups of fans have been waiting long hours for the return of the star son.

On Friday, at around 5.30 pm, it was confirmed that actress Juhi Chawla, one of Shah Rukh Khan’s best friends, completed the formalities to secure the star kid’s bail.

The court accepted Juhi as the surety and she signed the relevant papers and executed the bail bond before the court officials.

Aryan Khan cannot leave Mumbai without informing the police and has to appear before the Narcotics Control Bureau (NCB) every Friday, a court order has stated.

Aryan Khan, 23, was taken into custody on October 3, hours after drug raids on a cruise ship party by the Narcotics Control Bureau (NCB)

The order has listed 14 conditions for his bail.

He has to submit a personal bond of ₹ 1 lakh and surrender his passport. He cannot leave India without permission, indulge in similar activities, communicate with the other accused like his friend Arbaaz Merchant

He is also not permitted to talk to the media. He may not try to cause any delay in the trial.

Aryan has to report at the NCB office every Friday between 11 am and 2 pm, attend court hearings and assist with the investigations whenever required.

If any of these conditions are violated, the NCB can request cancellation of bail. 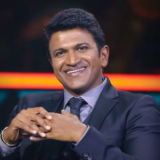 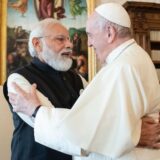