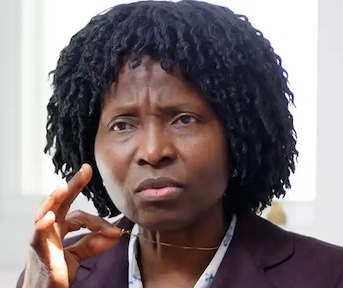 A theatre nurse who was forced out of her job at a London NHS trust over her refusal to remove a religious necklace has won a case for unfair dismissal.

In a landmark ruling, the Employment Tribunal declared that Mary Onuoha’s dismissal had been both victimisation and harassment.

Ms Onuoha, who is Catholic and had worked at the trust for almost 20 years, wears a necklace with a small cross. She was asked in 2014, 2015, and 2016 to remove the necklace as it was a breach of the trust’s uniform policy, which prohibited the wearing of necklaces in clinical areas on the grounds of health and safety.

Ms Onuoha, who was based at Croydon University Hospital, refused to take off the necklace. She was subsequently suspended from having any clinical duties and designated to the role of a receptionist.

In 2020 she left, claiming constructive and unfair dismissal. An employment tribunal which took place on Wednesday, 5 January 2022, has now upheld that claim.

Her defence was that her right to religion was breached, under article 9 of the European Convention on Human Rights and that the subsequent repeated requests and demotion of her role breached the 2010 Equality Act as these were actions deemed harassing, victimising and discriminatory.

The ruling found that the wearing of jewellery that breached the trust’s uniform policy had been “rife” among staff at the organisation.

Onuoha was told that Croydon Health Services NHS Trust had breached her human rights and created a ‘humiliating, hostile and threatening environment’ for her to work in.

Following legal action against her dismissal, the NHS trust argued that the wearing of a necklace was an infection risk – a claim the tribunal has since ruled as “very low”.

Employment Judge Dyal said: “Applying common sense, it is clear to us that the infection risk posed by a necklace of the sorts the Claimant used to wear, when worn by a responsible clinician such as the Claimant, who complied with handwashing protocol, was very low.”

The Tribunal criticised the Trust for failing to consider Onuoha’s religious rights or consistently apply its dress code policy when plain rings, hijabs, turbans and religious bracelets were permitted. Subsequently, it found her dismissal to be “without reasonable and proper cause”.

In a video for Christian Legal Centre, which represented her in the case, Ms Onuoha said: “The most worrying thing is that other groups are allowed to wear their ones…so why am I asked to remove my own cross?”

Referring to the policies stating the necklace was a ‘health and safety risk’, she said: “I’ve not harmed a patient, I’ve not harmed myself and they said I could harm a patient with this.”

The judgement noted the importance of allowing Christians to be open about their faith based on biblical teaching, adding that “stopping Christians from displaying the cross has been a feature of wider persecution campaigns” across the world.

Mentioning that staff were often expected to wear long lanyards with multiple items hanging off of it, Ms Onuoha pointed out how this contrasts with what the uniform policy would deem safe.

She said: “If I’m allowed to wear longer chains, then what happens to the cross? Why is it not allowed? There is no evidence, that for many years my cross has caused an infection.”

In response to the tribunal ruling, the Croydon trust stated that it had updated its uniform policy and repeated its apologies the claimant.

A spokesperson for Croydon Health Services NHS Trust said: “We would like to apologise to Mrs Onuoha and thank the employment tribunal panel for their careful consideration of this matter.

“It is important that NHS staff feel able to express their beliefs, and that our policies are applied in a consistent, compassionate and inclusive way.

“Since this matter in 2019, our dress code and uniform policy has been updated with the support of the trust’s staff networks and trade union representatives to ensure it is inclusive and sensitive to all religious and cultural needs, while maintaining effective infection prevention and control measures and protecting the safety of our patients and staff.

“However, we will carry out a further review of our policy and practices in light of this judgment.”

Andrea Williams, chief executive of the Christian Legal Centre, which represented Onuoha said: “We are delighted that the Tribunal have ruled in Mary’s favour and delivered justice in this case. Shirley Chaplin, who also fought for the freedom to wear a cross necklace 10 years ago has also now been vindicated.

“It was astonishing that an experienced nurse, during a pandemic, was forced to choose between her faith and the profession she loves. 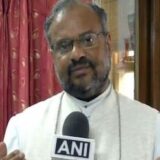 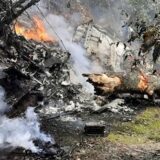