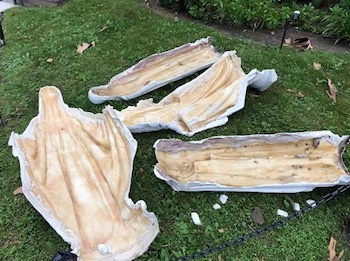 The New York Police Department is investigating after a woman destroyed two statues outside a church in Queens.

The incident happened at Our Lady of Mercy Roman Catholic Church in Forest Hills.

The woman destroyed two 84-year-old statues of the Blessed Mother Mary and St. Therese the Little Flower. The statues were initially put up in 1937 and have been on display outside since.

Surveillance footage showed that the subject was female, but she has yet to be identified.

The incident happened at around 3:30 am on Saturday. The subject in question dragged two figures out of the church facility, then broke them outside on 70th Avenue and spat upon their remains.

Someone had previously knocked over the statues earlier that week. Local law enforcement suspects that the same person did both.

When asked why the statues may have been targeted, Rev. Frank Schwarz told CBS News,”I don’t know if it’s just a general anti-religion sentiment or just people who aren’t well who have some kind of vendetta against churches.” Schwarz believes that the assailant “…Deliberately went and destroyed these things. It wasn’t enough just to topple then. She had a rage. She stomped on it and spat on it,”Some suspect potential connections to the growing trend of anti-Catholic violence. However, no proof or correlation has been established.
(With inputs from CBS news; Picture Courtesy: Diocese of Brooklyn)
(Visited 262 times, 1 visits today)
Share it
← 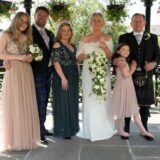 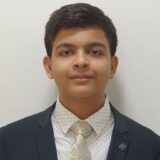