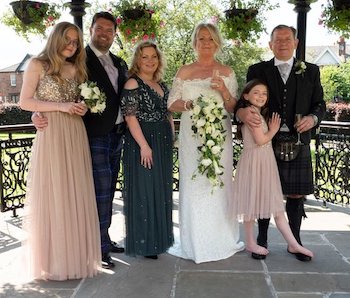 A Church of Scotland minister has taken the unusual step of conducting his own mother’s wedding.

Rev. Jonathan Fleming, who is Minister of Lyle Kirk in Greenock in Renfrewshire, said it was an “honour” to officiate at the ceremony to bind his mother Margaret and Brian Carberry together in holy matrimony.

“I am delighted that my mum has found happiness again following the death of my father in 2008 after a long journey with cancer. It was an honour to be able to officiate at such a special day and it means the world to me to know that my mum has found happiness with such a great man, who is very much a part of our family. My mum feels that the day was made a lot more special by all of her family being involved. We had a wonderful day at Boclair House which was filled with laughter, happiness and love,” he said.

Rev. Fleming’s younger brother, Mark, 32, walked their mother down the aisle during the ceremony at Boclair House in Bearsden, East Dunbartonshire.

The big day was a real family affair with the minister’s two daughters, Rachel, 12 and Hollie, 8, serving as flower girls.

It is very unusual for ministers to conduct a parent’s wedding ceremony and they are more likely to marry their own sons and daughters or extended family members.

Mrs Carberry, who along with her new husband, both 64, said the wedding on 13th July, was a very memorable day.

“It was made even more special by having all of my family involved with my granddaughters as flower girls, my younger son, Mark, walking me down the aisle and my older son, Jonathan, conducting our wedding,” she added.

“There are not a lot of people that can say that.” 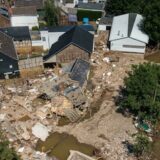 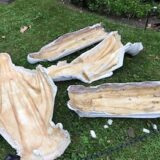