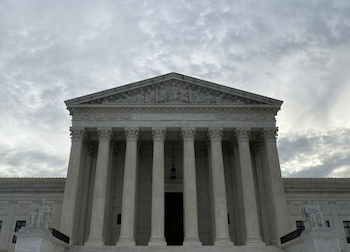 A transgender man is now allowed to sue the Catholic hospital that refused to perform a  hysterectomy on him when he transitioned from a woman.

The US Supreme Court on Monday declined to hear a bid by a Catholic hospital in California to avoid a lawsuit over its refusal to let its facilities be used to perform a hysterectomy on a transgender patient who sought the procedure.

The justices turned away an appeal by Mercy San Juan Medical Center, a Sacramento-area hospital owned by Dignity Health, and let stand a lower court ruling that revived Evan Minton’s lawsuit accusing it of intentionally discriminating against him  in violation of California law because he is transgender.

The justices told a lower court to reconsider its decision to throw out a bid by the Roman Catholic Diocese of Albany and other plaintiffs to widen an existing religious exemption to a 2017 state regulation that requires health insurance policies to cover “medically necessary” abortions.

Conservative Justices Clarence Thomas, Samuel Alito and Neil Gorsuch said they would have taken up both cases for argument.

In the California case, the hospital said it does not discriminate against transgender patients, but does not allow its facilities to be used for a certain procedures including abortion, sterilisation and euthanasia, which it contends are contrary to Catholic teachings.

The hospital in 2016 had initially scheduled Minton’s hysterectomy – surgical removal of the uterus – but canceled it after learning the reason Minton wanted it, according to the lawsuit.

The hospital let Minton’s physician perform the procedure at a different facility in its system a few days later.

Minton sued in state court, accusing the hospital of violating a California civil rights law that prohibits discrimination by business establishments, including hospitals, based on race, religion, sexual orientation or gender identity.

After a trial judge ruled against Minton, a California appeals court in 2019 revived the case, rejecting the hospital’s argument that forcing it to perform procedures contrary to its religious beliefs would violate its right under the US Constitution’s First Amendment to the free exercise of religion.

“This case poses a profound threat to faith-based health care institutions’ ability to advance their healing ministries consistent with the teachings of their faith,” the hospital told the justices in a court filing.

Minton said the hysterectomy was medically necessary to treat gender dysphoria, which the American Psychiatric Association defines as “clinically significant distress” due to a conflict between a person’s gender identity and sex assigned at birth.

The hospital routinely performs hysterectomies on non-transgender patients to treat other issues, such as chronic pelvic pain or uterine fibroids, Minton told the justices in a legal filing. 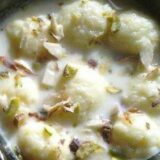 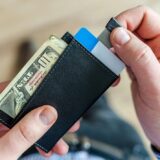 Next Story
Prayer against debt