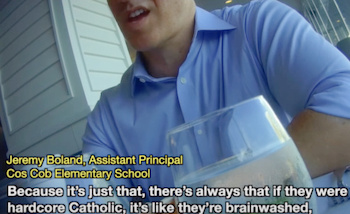 An assistant principal in Connecticut has been placed on leave after a video of him emerged saying he wouldn’t hire Catholics or conservatives as they were “brainwashed” and “won’t change.”

Jeremy Boland, assistant principal at Cos Cob Elementary School of Greenwich, was suspended in response to a video posted online by the conservative activist group Project Veritas.

The undercover video shows Boland explaining how he makes an effort to hire only politically progressive individuals for staff positions at his school. At one point, he is seen saying, “if they’re Catholic [or] conservative…You don’t hire them.”

“If someone is raised hardcore Catholic, it’s like they’re brainwashed…You can never change their mindset,” he said in the video, saying he considered local Protestants fairly liberal.

“You’re teaching [children] how to think. That’s it. It doesn’t matter what they think about. If they think about it in a logical, progressive way, that becomes their habit.”

Boland said he wouldn’t consider hiring someone over 30 because they will “never change” and doesn’t want to hire a teacher who “sides with the parent” on specific issues.

Greenwich Public Schools Superintendent Toni Jones sent a statement to local families and staff on Wednesday, saying that Boland was placed on administrative leave over his remarks.

“The following is an update regarding the viral video that contains footage of an administrator at Cos Cob School. Immediately, the staff member was placed on administrative leave,” stated Jones.

“We do not support any opinions that promote discriminatory hiring practices based on race, religion, gender, or age in any way, and we want to remind our entire community that our curriculum policies and procedures are strictly enforced by our Board.”

While on administrative leave, Boland faces an investigation by the school district regarding his comments and hiring practices.

“Discrimination of any kind has no place in Connecticut, especially in our public schools. This is not aligned with our Connecticut values,” he said in a statement.

“The Connecticut State Department of Education is aware of the incident, has been in contact with Greenwich Public School administrators, and is monitoring the situation’s progress.”

Christopher Healy, the executive director of the Connecticut Catholic Public Affairs Conference, condemned Boland’s remarks and thinks he may have violated state laws.

“The comments regarding Catholics as well as indoctrination techniques by the Cos Cob Elementary School assistant principal are vile and they do a profound disservice to the many Catholic teachers in public schools both in Greenwich and across the state,” Healy said in a statement Wednesday.

“It is our hope this is an isolated incident and not reflective of all dedicated teachers, administrators, and support staff who are trying to provide a quality education to our children. At the same time, this is an important moment for all elected leaders to denounce this practice and to guarantee that any parent or student who do have concerns about the quality of education be respected and heard.” 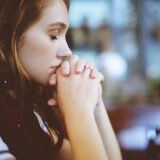 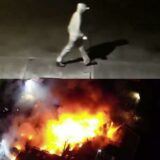