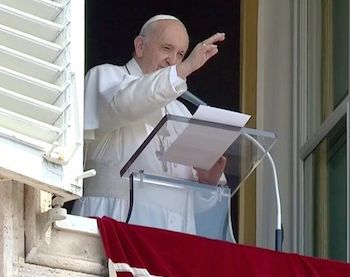 Pope Francis has eaten breakfast, read newspapers and taken a walk as he continues to recover from intestinal surgery, the Vatican said.

It is the first time Pope Francis has been admitted to hospital since his election in 2013.

The scheduled surgery for a diverticular stenosis of the colon concluded Sunday evening. Francis, 84, underwent three hours of surgery for a narrowing of the large intestine. The Vatican said doctors removed the left side of his colon.

Diverticular disease is a condition that involves bulges in the wall of the large intestine. This can lead to a narrowing, of the colon.

“His Holiness Pope Francis rested well during the night,” Mr Bruni said. “This morning he had breakfast, read some newspapers and got up to walk. The post-operative recovering is regular. Routine control tests are good.”

The pope is expected to stay in Rome’s Gemelli Polyclinic, which has a special suite reserved for popes, through the week, assuming no complications.

Pope Francis has enjoyed relatively robust health, though he lost the upper part of one lung in his youth due to an infection. He also suffers from sciatica, or nerve pain, that makes him walk with a pronounced limp.

He had a busy schedule in the run-up to Sunday’s surgery, including a day-long meeting on July 1 with Lebanon’s Christian patriarchs, suggesting he was not in excruciating pain before the procedure.

Francis’s next routine appointment with the public would normally be on Sunday. He customarily appears on Sundays at a window overlooking St Peter’s Square, blesses the faithful below and speaks for a few minutes, often about current events.

If he remains in hospital, he might opt to do what one of his predecessors did while recovering at Gemelli. During some of his many stays there, St John Paul II sometimes appeared at his hospital room’s window to wave and bless well-wishers gathered outside. 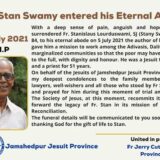 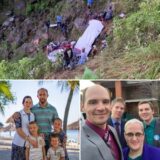