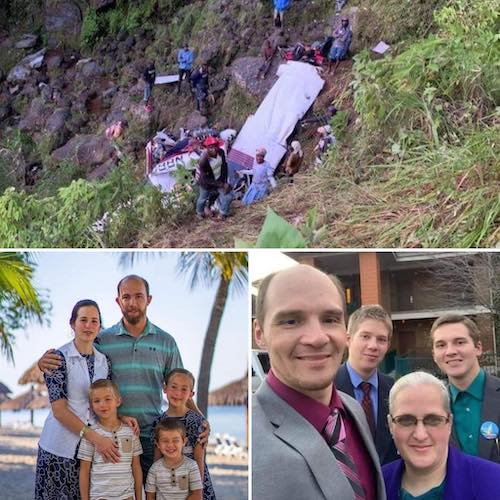 All six people on board a private plane, including two Americans missionaries, were killed when the aircraft crashed in Haiti, southwest of capital Port-au-Prince.

The US-based organisation Gospel to Haiti posted an announcement on its Facebook page that two of its group members, American citizens Trent Hostelter, 35, and John Miller, 43, were killed in the crash. The identities of the other four passengers were not immediately released by officials.

The plane went down on Friday evening en route from an airport in Port-au-Prince to the southern coastal city of Jacmel, typically a short flight, reported the Miami Herald, citing a statement by the National Civil Aviation Office (NCAO).

The cause of the crash was not immediately known.

Trent’s pregnant wife and three children had taken an earlier flight on a small plane. Because there wasn’t enough room on the flight, he stayed behind with John to catch the next plane, the group said.

“When the second plane didn’t show up, they were very concerned and soon heard that the plane had gone down somewhere near Leogane. A search team was formed and sent out and they located the plane early this morning and confirmed that all 6 people were killed,” the group’s Facebook post said.

Both men were in Haiti to work with a mobile clinic. John Miller had gone out to Haiti alone to do evangelism alongside the clinic but Trent Hostelter was there with his pregnant wife Erica and three children, who got on a separate plane which did not have room for the two fathers.

Trent Hostelter’s wife Erica is due to deliver their fourth baby in September and is now packing the family’s belongings to return to America, with the help of a friend and a pastor who have flown over to support them. Money is being raised to support John Miller’s wife Saloma and their children. Fundraising pages have been set up for both families.

Gospel for Haiti explained what happened in their post: “Please pray! This is a very sad day for everyone at Gospel to Haiti. Trent and Erica and their family, who are the current administrative couple flew back to Haiti after a several-week furlough. John Miller from WI also flew with them to spend some time in Haiti as an evangelist for a mobile clinic in the area. Because of all the unrest in Port-au-prince, they chose to get a small plane from Port-au-prince to Jacmel. There wasn’t room for everyone on the first flight so Erica and their 3 children, along with some other friends visiting Haiti took a flight and Trent and John were to come on another small plane soon after them. When the 2nd plane didn’t show up, they were very concerned and soon heard that the plane had gone down somewhere near Leogane. A search team was formed and sent out and they located the plane early this morning and confirmed that all 6 people were killed, including Trent and John. Pray for the wives and children of Trent Hostetler and John Miller. ”

The plane left Port-au-Prince just before 7pm on Friday and was travelling to Jacmel on Haiti’s south coast. The last known communication to headquarters was a distress signal and hours later the plane was found having crashed with no survivors.

Gospel to Haiti said the group had decided to take a small private plane due to the “unrest” in Port-au-Prince, where violence has spiked in recent weeks as rival groups battle with one another or the police for control of the streets, displacing thousands and worsening the country’s humanitarian crisis.

The Dominican Republic on Wednesday shuttered its border with Haiti after the assassination of Haiti’s president, Jovenel Moise.

John Miller last posted on his Facebook on June 30 – “I think so many are disillusioned with Christianity today because they seek and wait for an experience. Like the pain in their life will go away and never come back. Or the hardships will turn to easy living. Or perhaps they’ll finally find a social circle that soothes the emptiness. But that’s not Christianity. It might be a possible result of your change in attitude, focus and commitment to biblical principles that following God’s word requires…but that is not guaranteed. One first must weigh the costs and decide, then what happens will become the experience. The experience does not occur as a sign to then begin following Christ. How can a woman experience motherhood without first giving birth to a child? How can a citizen truly experience freedom if they’ve never been in the front lines of battle? How can a person experience the wonderful views of the sky without first becoming a pilot? Decide, dedicate yourself, then dine”. 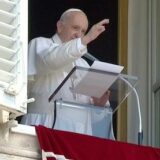 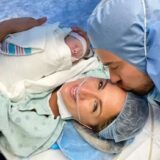 Next Story
Pastor’s new-born in NICU