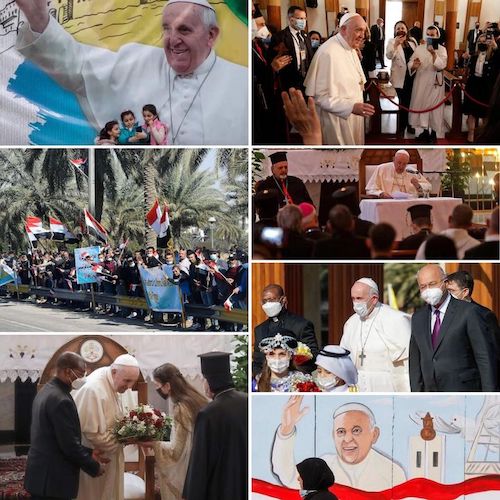 Pope Francis has arrived in Iraq on a visit to rally the country’s dwindling Christian community after decades of war.

The pontiff is making his first international trip since the start of the coronavirus pandemic – a visit that eluded his predecessors. Covid and security fears have made this his riskiest visit yet, but the 84-year-old insisted he was “duty bound”. Pope Francis said Iraq’s dwindling Christian community should have a more prominent role as citizens with full rights, freedoms and responsibilities. “Only if we learn to look beyond our differences and see each other as members of the same human family,” Francis told Iraqi authorities in his welcoming address, “will we be able to begin an effective process of rebuilding and leave to future generations a better, more just and more humane world.”

Pope Francis began his four-day trip on Friday. The pope arrived at the Iraq International Airport, met Prime Minister Mustafa Al Kadhimi, before the short ride to the Presidential Palace in Baghdad for an official welcoming ceremony. He visited the Church of Our Lady of Salvation, (the scene of a 2010 terror attack where ISIS suicide bombers killed 58 people, including the  priest)

Pope Francis will go to Najaf for a significant meeting with Shiite leader Grand Ayatollah Ali Al Sistani in a bold statement on interreligious tolerance and dialogue. Mr Al Sistani rarely accepts visitors and an exception has clearly been made to mark the historic occasion. Emphasising his endorsement of religious tolerance, Pope Francis will next fly to Nassiriya for an interreligious meeting in the ancient Iraqi city of Ur, believed to be the birthplace of Abraham, the patriarch of the three great monotheistic religions. He will head back to Baghdad on March 6 in time for Mass at the Chaldean Cathedral of Saint Joseph.

On Sunday, March 7, the pope flies to Erbil for a meeting with Kurdish authorities, including the president and prime minister of the Kurdistan Region, who rules over Iraq’s largest ethnic minority. Pope Francis will travel by helicopter to Mosul’s Hosh Al Bieaa, which will resound with prayer for the victims of the war against ISIS. The pope will then head to the heart of Iraqi Christianity in Qaraqosh. On his final night in Iraq, the pope will lead the Holy Mass at Erbil’s Franso Hariri football stadium.

A farewell ceremony will be held for Pope Francis at Baghdad Airport on Monday morning, before he returns to Rome.

Francis’s first main event was a pomp-filled courtesy visit with President Barham Salih at the Baghdad palace inside the heavily fortified Green Zone.

Afterwards, Francis told Mr Salih and other Iraqi officials that Christians and other minorities should not be considered second-class citizens in Iraq but deserve to have the same rights and protections as the Shiite Muslim majority.

“The religious, cultural and ethnic diversity that has been a hallmark of Iraqi society for millennia is a precious resource on which to draw, not an obstacle to eliminate. Iraq today is called to show everyone, especially in the Middle East, that diversity, instead of giving rise to conflict, should lead to harmonious co-operation in the life of society.”

Mr Salih echoed his call and praised Francis for coming to make it in person in Iraq despite the pandemic and security concerns. “The East cannot be imagined without Christians,” he said. “The continued migration of Christians from the countries of the east will have dire consequences for the ability of the people from the same region to live together.”

Pope Francis said he was very pleased to come to Iraq, which he described as the “cradle of civilisation”.

“May the clash of arms be silenced… may there be an end to acts of violence and extremism, factions and intolerance.  Iraq has suffered the disastrous effects of wars, the scourge of terrorism and sectarian conflicts often grounded in a fundamentalism incapable of accepting the peaceful coexistence of different ethnic and religious groups.”

Francis was transported around Baghdad in what Iraqi security officials said was an armoured black BMW, flanked by rows of police on siren-blaring motorcycles. It was believed to be the first time Francis had used a bulletproof car.

Iraqis seemed keen to welcome Francis and the global attention his visit was bringing, with some lining the road to cheer his motorcade and banners and posters hanging high in central Baghdad depicting Francis with the slogan “We are all Brothers”.

Pope Francis later went to hold Mass in Baghdad’s Syriac Catholic church of Our Lady of Salvation, targeted in an attack in 2010 by jihadists which left 52 Christians and police dead.

Christians once constituted a sizeable minority in Iraq, estimated at around 1.4 million, but their numbers began to fall after the 2003 US-led invasion that ousted Saddam Hussein opened a wave of instability in which militants repeatedly targeted Christians. They received a further blow when IS militants in 2014 swept through northern Iraq, including traditionally Christian towns across the Nineveh plains, some of which date from the time of Christ. Their extremist version of Islam forced residents to flee to the neighbouring Kurdish region or further afield.

Few have returned — estimates suggest there are fewer than 300,000 Christians still in Iraq and many of those remain displaced from their homes. 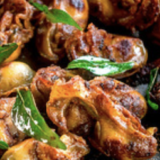 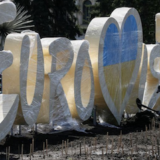