The Orthodox Church of Cyprus has called for the country’s Eurovision entry to be withdrawn, citing concern over its content. The church said that the song, “El Diablo,” which translates as “The Devil”, was advocating a “surrender to the devil and promoting his worship”.

The church’s Holy Synod argued that the song, performed by Greek singer Elena Tsagrinou, “essentially praises the fatalistic submission of humans to the devil’s authority” and pleaded with the state broadcaster to replace it with one that “expresses our history, culture, traditions and our claims”.

Part of the song declares, “I gave my heart to el diablo (the devil) … because he tells me I’m his angel”.

Elena says the song is, in fact, about an abusive relationship.

The BBC reported that Andreas Frangos, a CyBC executive, has defended the choice of the song, adding that the network has no plans to replace it. The Cyprus Broadcasting Corporation has also told the BBC the lyrics to El Diablo have been misinterpreted.

A statement came from the church’s highest decision-making body, the Holy Synod, after a man was charged with threatening people outside a Cyprus Broadcasting Corporation (CyBC) building. He was protesting the entry of a “blasphemous” song into Eurovision. He was charged with making threats and causing a disturbance after police say he confronted workers outside the Cyprus Broadcasting Corporation’s (CyBC) news department. The man was caught on video asking the employees how they could support such a song.

He is not the only one to object to the song. CyBC said they had received a number of calls from people who disagree with the song’s lyrics, with some even threatening to “burn down” the organisation.

The CyBC said it should have done more to clarify the song’s true meaning, which they say describes an abusive relationship between two lovers.

However, the church has rejected the broadcaster’s “metaphorical interpretation” of the tune, insisting it “in no way reflects the lyrics”. The church added that it had received a “deluge of reactions from thousands” who have expressed their “justified disappointment” over the song choice. Some of the objectors, they say, include “respected musicians”.

The statement said the song went against the country’s Christian morals and asked that the CyBC find a new song to enter.

“From whatever angle you choose to look it and whichever explanations are given about the lyrics of the song, they don’t send the most ideal messages which must be sent from a semi-occupied homeland that struggles for freedom and to prevent its complete subjugation,” the church added.

The song contest will commence on May 18 in Rotterdam, The Netherlands. English singer-songwriter James Newman will represent the UK.

The Eurovision Song Contest, which catapulted the Swedish group ABBA into international fame after “Waterloo” won the top prize in 1974, was canceled in 2020 due to the COVID-19 pandemic. 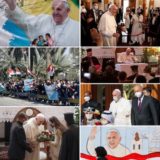