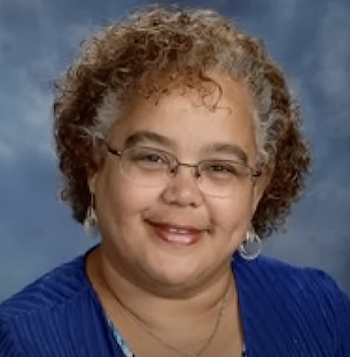 A man is facing a murder charge for fatally stabbing an Atlanta pastor and setting fire to her body, which he then abandoned in a vehicle several miles from his home.

The body of Rev. Marita Harrell, 57, a senior pastor at Connections at Metropolitan United Methodist Church, was discovered this week along a secluded road near an industrial area outside Lithonia, DeKalb County police spokesman Lt. Shane Smith said.

Investigators said she was stabbed by 27-year-old Christopher Devonta Griggs while she was ministering to him at his Panola Road home.

“He then transported her in a vehicle to the 1600 block of Coffee Road, where she was later discovered,” Smith said.

The burned-out vehicle was located about about five miles from his house.

Church leaders and police said Harrell, a 57-year-old wife and mother of two, was simply trying to help her alleged killer when her life was taken.

“She was passionate about what she did, which was helping those who are lost and left out,” said the Rev. Dr. Michael T. McQueen, UMC’s district superintendent over its Fulton and Clayton County churches. “She was doing what she loved to do. That’s what makes this so tragic.”

Harrell’s family told Channel 2′s Tom Jones that she just wanted to help Griggs find salvation; she was always helping uplift residents in the community, even going as so far as to raise money for them and pay their bills.

Harrell’s daughter said that Griggs was in and out of jail and Harrell was counselling him, trying to help him get his life in order. Warrants reveal he stabbed her to death with a kitchen knife and then set her on fire.

Officers said he then took the pastor’s body and her van to a remote area on Coffee Road.

A man who lives near the scene said that he heard a woman making loud noises in the area where the pastor’s van was found that night. He thought it was coyotes.

“And not until I heard the voices saying, ‘Stop!’ That’s when I knew it was a person,” Muhammad said.

He said about ten minutes later, more than a dozen police cars and an ambulance showed up. He said police did not tell him the pastor’s body was in the van.

Griggs was arrested on May 19 and is currently being held in the Dekalb County Jail.

Meanwhile, tributes poured in on social media as news of Harrell’s killing was shared online. Friends and former colleagues remembered her as a wonderful person and a “ray of sunshine” who brightened the lives of everyone she encountered.

Harrell, a Chicago native, moved to Atlanta more than 30 years ago, according to the biography on her church’s website. She spent more than two decades at The Atlanta Journal-Constitution, working in the newspaper’s advertising department and as a diversity training facilitator.

“She was such a beautiful person inside and out,” said Pastor Cyndi Madison, who worked with Harrell at the newspaper decades ago. 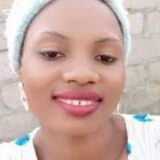 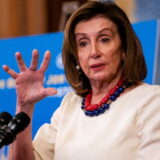 Next Story
Pelosi barred from communion