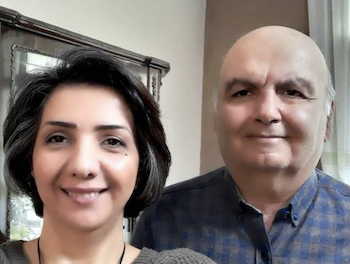 A petition has been launched to save an Iranian Christian convert, with advanced Parkinson’s disease, and his wife from prison.

Homayoun Zhaveh, who is 62, and his wife Sara Ahmadi, 42, were sentenced in November 2020 to two and 11 years in prison, respectively, for membership and leadership of the church, though their case has not been made public until now.

“Giving a 62-year-old man with advanced Parkinson’s a jail sentence is shocking and callous,” said Open Doors UK CEO Henrietta Blyth, in a statement. “Worse, he is only receiving this sentence because he belongs to a church.

“Sadly Iran has a track record of systematically persecuting Persian-speaking Christians, whatever their age or health,” she added.

Sara faces a longer sentence for allegedly leading the unofficial church fellowship. She was initially sentenced to 11 years in prison for her alleged leadership role within the house-church. The sentence was reduced to eight years at the couple’s December 2020 appeal hearing. All other aspects of their sentences remained unchanged.

Sara and Homayoun’s bank accounts have since been frozen.

On 16th May, those responsible for securing the couple’s release on bail, received a written warning that if Sara and Homayoun did not appear at Evin Prison within 30 days, the property deeds they had submitted as collateral would be forfeited.

Neither Homayoun nor Sara have as yet been offered a Covid-19 vaccine.

They were also banned from foreign travel or membership of any social or political group for two years after their release, and given six months’ community service at a centre for the mentally disabled.

Their appeals were rejected in December – though Sara’s sentence was reduced to eight years – and on Sunday, 14 March, they were informed that their case has been forwarded on to the government body responsible for enforcing judgments, which may therefore summon them at any moment.

Homayoun and Sara were arrested by agents from Iran’s Ministry of Intelligence in June 2019 as they holidayed with several other Christian families in the city of Amol, near the Caspian Sea. The other Christians were also questioned, but only Homayoun and Sara were detained – first in Sari, near Amol, and then in the notorious Evin Prison back in their home city of Tehran.

Homayoun was released a month later, but Sara was held for a total of 67 days, including 33 days in solitary confinement – mostly within the Intelligence Ministry’s Ward 209 – during which time she was subjected to extreme psychological torture.

Their sentences were pronounced by Judge Iman Afshari on 14 November 2020, following a hearing three days earlier at Branch 26 of the Revolutionary Court in Tehran. They appealed the verdict, but though the judge, Ahmad Zargar, slightly reduced Sara’s sentence in his 30 December verdict, the other aspects of their sentences were upheld.

The couple’s lawyer had argued in his appeal that the law was “unclear” on how meeting as a group of Christians could be construed as membership of an “illegal organisation”.

“My clients have always insisted that they haven’t engaged in any actions against national security, nor do they harbour any animosity or hostility towards the government,” the lawyer stated, before adding that Homayoun’s condition would prevent him from partaking in any anti-security actions, even were he to wish to do so.

Instead, the 62-year-old now faces years in prison – and during a global pandemic in which individuals of his age and condition have been proven to be at the greatest risk.

Article18’s advocacy director, Mansour Borji, gave this reaction: “To hand down a prison sentence to a man of Homayoun’s age, suffering with advanced Parkinson’s – and only because of his membership of a house-church – would be shocking were it not for Iran’s proven track record of systematically persecuting Persian-speaking Christians, regardless of their age, health, or any other reasonable considerations.

“We call on Iran to immediately reverse its decision, and to stop persecuting Christian converts like Homayoun and Sara for the peaceful practice of their faith.”

The couple received a summons to begin their sentences back in March, but their lawyer filed for a retrial with the Supreme Court. While the court has acknowledged receipt of the letter, there is a wait to see if the Supreme Court will take on their case, or agree to allow Homayoun to pay a fine instead of going to prison, owing to his ill health. 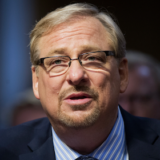 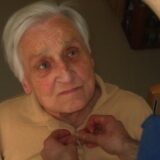 Next Story
Prayer for the disabled