Sri Lankan president Gotabaya Rajapaksa on Friday declared a state of emergency, giving security forces sweeping powers for the second time to deal with the ongoing anti-government protests over the economic crisis.

The decision came amid weeks of protests by the public demanding the resignation of the president and the government.

A spokesman for the president said he invoked the tough laws to “ensure public order” after trade unions staged a nationwide strike Friday demanding his resignation over a worsening economic crisis.

The president’s move comes on a day when the student activists warned to lay siege to the Lankan parliament. The trade unions have launched an island-wide strike to demand the resignation of the ruling government over their inability in tackling the economic crisis in the country.

On Friday, thousands of student activists belonging to the Inter University Students Federation blocked the main access road to the parliament complex and carried out protests for 24 hours.

The police resorted to firing tear gas shells and water cannons to disperse the protesters.

“We will be back on the 17th and we will block all exit points to Parliament then. The Rajapaksas must resign before that,” IUSF convenor Wasantha Liyanage said as they dispersed themselves from the protest site.

They clashed with a few Opposition legislators as they were not allowed to leave. The Opposition MPs confronted Speaker Mahinda Yapa Abeyawardene in his chamber, forcing him to take up the no-trust motion against the government.

The day was marked by a crippling one-day strike by trade unions numbering over 2,000 covering all sectors.

Sri Lanka’s government has been facing a wave of protests around the country with an increasingly furious public demanding its resignation.

The country is facing the worst economic turmoil in its history, characterised by shortage of food fuel, cooking gas, milk and medicines and also dealing with power outages.

Rajapaksa had earlier declared emergency on April 1 after a mass protest opposite his residence. He then revoked it on April 5.

The state of emergency gives the security forces and the police the power to arbitrarily detain and even arrest protesters. 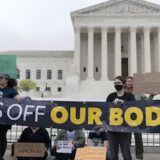 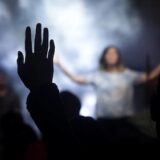 Next Story
Monday Reflection – May 9