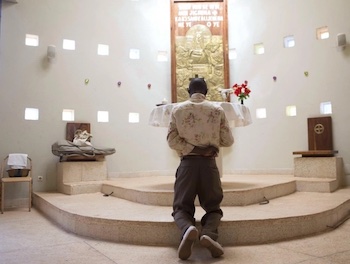 A Christian teacher was abducted from his home in Uganda, dragged inside a mosque where he was beaten and burned by his colleagues at a school for praying in Jesus’ name.

The victim, Yusufu Mwanje, converted to Christianity earlier this year after hearing a Christian businessman who supplied equipment to the school praying to Jesus in his office.

Before he lost his job after being outed as a Christian following the April 2 attack, Mwanje had led the Ibunbaz Primary School in Bugiri, Morning Star News reported.

“I wanted to keep my faith in Christ secret and began missing Friday prayers as I attended evening prayers at the church,” Mwanje said. “Some Muslim teachers noticed my absence and reported to the school management board.”

Mwanje told the school leadership that he had been praying from his house.

At around 3 a.m. on April 1, an unnamed person overheard Mwanje praying in Christ’s name and recorded him. The following morning, the staffer gathered other schoolteachers to eavesdrop on him.

Mwanje continued, “I remembered [the supplier] telling me that in times of persecution, I should call on the name of Jesus. As I mentioned the name Jesus in a low voice, one attacker said, ‘Azab Azab,’ meaning ‘punishment’ in Arabic. Immediately, two Islamic teachers named Ustaz Hamudan and Hashim Sajabbi brought two old jerry cans and lit them with fire and started burning me with them. It was too painful. I fainted.”

“As I finished the prayers at 4:45 a.m. and began preparing to go to the mosque to pray, I heard a knock at the door,” Mwanje said. “As I opened the door, there were people outside my door. They began shouting…They grabbed me and took me inside the mosque and started beating me badly and accusing me of heading a Muslim school, yet I had converted to Christianity. Others shouted, ‘A liar, a liar, a liar. … He deserves the death penalty.”

An elderly Islamic teacher named Alhaji Bruhan intervened and ordered the men not to kill Mwanje because Allah would kill him. “He instructed some to take me to the school clinic for treatment,” he said. “I then realised that Jesus had come to save me.”

Mwanje later called the Christian supplier who took him to a church where he was treated for five days before being transferred to Iganga Hospital, where he is now receiving treatment.

Last month, in a separate attack on a Christian convert in eastern Uganda, a Muslim woman attempted to murder her husband by adding rat poison to his food. Hiire Sadiki had been an Islamic teacher before converting to Christianity, unbeknownst to his wife. After he refused to participate in Ramadan and then overheard him praying in Christ’s name, she plotted with other Muslims to kill him by adding poison to his food.

Even though Uganda has a higher percentage of Catholics and Anglicans than Muslims, there are regions where Islam is the dominant religion.

The Pew-Templeton Global Religious Futures Project estimates that about 11.5% of Uganda’s population is Muslim, mostly Sunni. Armed attacks and murders of converts are not uncommon in the region.

“Radical Islam’s influence has grown steadily, and many Christians within the majority-Muslim border regions are facing severe persecution, especially those who convert from Islam,” a Voice of the Martyrs factsheet notes. 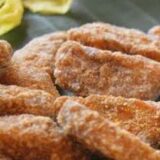 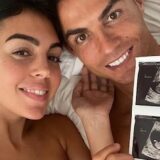