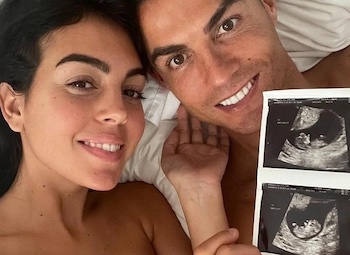 Cristiano Ronaldo announced on social media on Monday that he and his partner Georgina Rodriguez have lost their twin son. His twin daughter is alive. 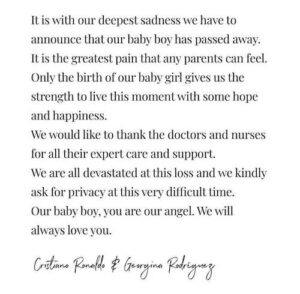 Ronaldo in an older Instagram post, had shared a picture of himself and Georgiana along with their twins’ ultrasounds.

“Delighted to announce we are expecting twins. Our hearts are full of love – we can’t wait to meet you,” the 37-year-old Manchester United and Portugal star, who is already the father of four children, wrote on Instagram.

The footballer’s eldest son, Cristiano Junior, was born in June 2010 to a surrogate.

Seven years later, in June 2017, Ronaldo became the father of twins Eva and Mateo in the same way. Alana Martina, born in November 2017, was the first child from his union with Rodriguez.

In an interview with French outlet L’Equipe, Cristiano Ronaldo had revealed that he wants to have seven children.

The couple and their four children moved to Manchester this summer from Italy after Ronaldo returned to Manchester United after a three-year stint at Turin-based club Juventus.

Before his move to Juventus, Ronaldo enjoyed a hugely-successful nine-year spell at Real Madrid – the club he move to from Manchester United back in 2009. 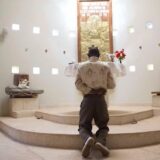 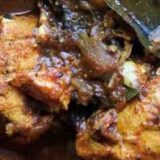