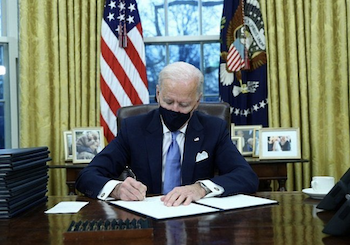 Alphonso David, president of the Human Rights Campaign, the country’s largest LGBTQ advocacy group said, “Biden’s Executive Order is the most substantive, wide-ranging executive order concerning sexual orientation and gender identity ever issued by a United States president. Today, millions of Americans can breathe a sigh of relief knowing that their President and their government believe discrimination based on sexual orientation and gender identity is not only intolerable but illegal.”

The order directs all federal agencies to implement the Supreme Court’s landmark 2020 decision in Bostock v. Clayton County, Georgia, which established that LGBTQ people are protected from employment discrimination under Title VII of the Civil Rights Act of 1964.

Biden’s order states, “under Bostock’s reasoning,” laws that prohibit sex discrimination, including Title IX of the Education Amendments of 1972, the Fair Housing Act and Section 412 of the Immigration and Nationality Act, “prohibit discrimination on the basis of gender identity or sexual orientation, so long as the laws do not contain sufficient indications to the contrary.”

“Children should be able to learn without worrying about whether they will be denied access to the restroom, the locker room, or school sports,” the executive order states. “Adults should be able to earn a living and pursue a vocation knowing that they will not be fired, demoted, or mistreated because of whom they go home to or because how they dress does not conform to sex-based stereotypes.”

It then directs the head of each federal agency to work in consultation with the attorney general to develop a plan within 100 days to carry out the order.

Advocacy groups said the move is a huge step forward after four years of Trump administration policies that rolled back — or attempted to roll back — protections for LGBTQ people, including rules from the Department of Health and Human Services that would’ve allowed discrimination against transgender people.

President Biden states that no ‘agency’ will be allowed to ban a trans person from joining a school, team or job because of their changed gender. It states that the term “sex” in law should now also refer to the gender someone has chosen to live as.

The Family Research Council, a Christian group which campaigns on issues of marriage, family and sexuality, responded by saying: “Now, those who hold to biological reality and the doctrines of the world’s major religions will be forced to violate their consciences, or even lose a government contract. Ultimately, if this executive order is able to be fully carried out, it will affect everyday Americans who hold biblical and conservative values. In his inauguration speech yesterday, President Biden called for unity, but he is now demanding uniformity.” 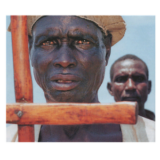 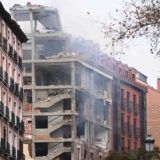 Next Story
Blast kills 4, including priest