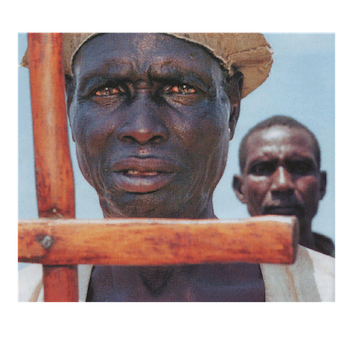 A church building belonging to the Sudanese Church of Christ (SCOC) in Tamboul, Gezira state was burned down last week.

According to Christian persecution watchdog, CSW-USA, sources report that a 13-year-old boy set fire to the church on 3rd January using petrol from a motorcycle after an adult instructed him to do so.

Police filed a case against the boy three days after the incident, but have refused to charge the adult believed to have provided the petrol.

The church has historically experienced harassment from some local Muslims, as well as Sudanese authorities. On several occasions, church leaders have been interrogated by members of the General Intelligence Service (GIS), most recently in late 2020 when church elder Ibrahim Toto Kafi was interrogated.

The SCOC is a predominantly Nuban denomination which has experienced both religious and ethnic discrimination.

“This denomination has long faced intense harassment and persecution, both at the hands of their fellow citizens and by the authorities,” he said.

“We call on authorities in Gezira state to take swift steps to ensure that everyone who had a hand in the destruction of the church are held to account, and to prioritise the protection of vulnerable religious groups.”

Meanwhile, Sudan’s director of the National Centre for Curricula and Educational Research, Dr Omar El Garai, has announced his resignation.

It comes after Prime Minister Abdallah Hamdok instructed the centre to stop the development of new school curricula. In a first for the country, in the planned new curricula all religions were treated equally; however, the Prime Minister took the decision to end it, following intense opposition from Islamists which even saw Dr El Garai receive death threats.

Mervyn Thomas said: “It is disappointing to see the Sudanese government shy away from steps which would truly help to build an inclusive Sudan. We urge the authorities not to be intimidated by extremist voices, but rather to continue along a path of reform and democracy that promotes a nation in which every Sudanese citizen is treated equally regardless of their religion or belief.”