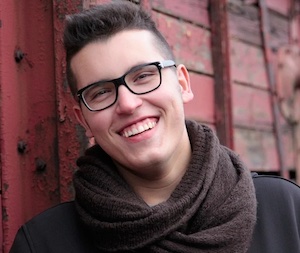 So much has been said about what a youth ought to accomplish before turning 30. This is probably because, the commencement of the third decade marks a major defining period in a person’s life.

Biblically, 30 appear to be the age when a Levite picks up his service and a man is considered mature (Numbers 4). Moreover, scripture reveals how significant the 30th year was in Jesus’ life while on earth. He was about that age when he commenced his ministry (Luke 3:21-23).

As our ultimate role model, we can learn a plethora of things from His life. In this article I will be highlighting, 30 of the things he had accomplished at 30 years of age. They are things every Christian youth can emulate as they border more on his humanity rather than divinity.

1. Learn to Read and Write.

Jesus’ robust interaction with Jewish intellectuals at age 12 suggests he could read and write from a young age. And days after he returned from his wilderness experience, he read the scroll in the synagogue (Luke 4:13-16). At that time, he was about 30 years.

2. Learn to Read the Bible Regularly.

Not only could he read; he already formed the habit of personal bible reading. Without this, there was surely no way he could have had enough information to debate with erudite practitioners of the law at a tender age.

Had he not been frequently committing scriptures to memory, he would not have been able to quote them in defence when the tempter came to him in the wilderness prior to the commencement of his public ministry.

4. Learn to Study the Bible.

During the temptation in the wilderness, the three quotations he made were from Deuteronomy, strongly suggesting he was studying the book at the time. Besides, the scholarship he displayed at 12, during his Passover adventure could not have arisen from mere bible reading. Chances are he had been studying as well.

Jesus embarked on a destiny-defining forty days-and-nights fast when he was about 30 years. Hardly would one embark on such a long fast if one had not previously done something similar (no matter how little). In Jesus’ case, this impression is strengthened, when one remembers that at age 12, he went four days without food when he stayed back in Jerusalem after the Passover.

As he went in to be baptised by John, we are told he was praying (Luke 3:21). If he could pray publicly (without being summoned to), he was very likely doing so privately.

At river Jordan, John baptised him in water. He knew it was necessary; hence, he went for it. He was baptised before his 30th birthday.

It was also at John’s baptismal service that the Holy Spirit came on him. His was the first instance where one received both baptisms on the same day. Cornelius and his family and friends also had a similar experience although in a reversed order (Acts 10).

Not only did he go to the temple in Jerusalem with his parents, he attended the synagogue as a young bachelor. This he did consistently, until his crucifixion.

At his baptism, the father spoke. He heard Him, so did others who were there. However, this was just the beginning. Hearing God would become an integral part of his life as he repeatedly attested to in his utterances. There was a time, he said he says and does only the things the Father says to him and shows him (John 5:30; 8:28).

Although like the average child, he displayed adolescent misdemeanour, amidst all that, he learnt to be submissive to his parents. He displayed this even more, after the Passover episode (Luke 2:43-51).

12. Learn the Power of Personal Retreat.

One may view it from different perspectives, but Jesus’ 40-day withdrawal to the wilderness, was a form of personal retreat. And more of such withdrawals (though shorter) would characterise his life afterwards.

Even though the bible does not record his period of practise, Jesus was a carpenter. People referred to him as such, even after he commenced ministry (Mark 6:3). Being the first son of a carpenter, and with his spiritual ministry commencing at 30, chances are he spent the chunk of his early life learning and practising carpentry.

14. Learn to be Independent.

One can turn the Passover adventure of 12-year old Jesus on its head and spin it in different ways, one thing will still be clear: away from his parents for four days, Jesus already demonstrated he could live independently.

15. Begin to Understand the Leading of the Spirit.

Scriptures disclose that Jesus’ wilderness venture was in line with the leading of the Holy Spirit. By all considerations, it was an inconvenient task. To have been convinced such was from the Holy Spirit (and not a demon) shows he had mastered the art of being led by the Spirit.

If the fact that he accompanied his parents for worship is not convincing enough, his deliberations with the Jewish teachers on matters relating to the law, established that spiritual things had piqued his interest from an early age.

That at 12 years, he was aware he had to pursue his father’s business; and 18 years onward, he hadn’t jettisoned it despite burying himself with carpentry, shows his alignment to focus and priority.

Not long after he returned from the wilderness, he started preaching (Matthew 4:17). Recall that he was still about thirty years at the time (Luke 4).

As soon as he started his ministry, teaching God’s word was part of the different dimensions he employed. However, considering that he answered questions to people’s amazement, when he was 12, one has a feeling he had learnt how to teach God’s word that early for, responding well to questions, requires some good teaching abilities.

Surrendering to be baptised by John and journeying into the wilderness to be tempted were apparently inconvenient exercises but in acceding, he showed he had learnt to yield.

21. Learn to Win During Spiritual Warfare and Temptation.

Surviving the devil’s intense assault in the wilderness revealed he had figured how to overcome the enemy by quoting the scripture and giving authoritative commands.

As a lad, he was precocious. As a grown man, he was phenomenal. Rather than become puffed up with pride, Jesus was simply unassuming.

23. Learn to Know Your Times and Seasons.

Our lives are shaped by times and seasons. Jesus learnt this early in life and slotted himself in as they came. Thus, he knew how long he had to learn in oblivion and when he needed to launch out. It is no wonder that afterwards, he knew when the cross was beckoning.

24. Learn to Trust the Father for Provision.

Though stricken by hunger pangs from a 40-day fast, he was not so desperate to use his supernatural powers and privilege to order bread for himself. He had showed a glimpse of this when he went 4 days without (tangible hope for) food during the Passover drama. As we see in his later life and teachings, these instances show he placed his trust on another source for provision. That is, the Father.

25. Discover Yourself, Your Life Path and Important Locations.

Although it is not clear how much he knew; as early as age 12, Jesus had already passed the test of self-discovery; and already had knowledge of the course his life would take. Similarly, he figured out that Galilee, Judea (Jerusalem) and Perea were regions he would mostly operate from and he ensured he stayed close.

Not only did he understand his life’s course, at 30, he had already started taking major steps in alignment with what he was on earth for.

His responses to the tempter in the wilderness showed that he had not only read and studied the scriptures; he knew how to apply them appropriately.

28. Identify a Mentor and Destiny Friends.

On a number of occasions, Jesus attributed what he said and did to what he learnt from the Father. How this happened is unstated, but it only shows there was a mentoring relationship of some sort between them. Most likely, Jesus had figured it would be this way, much earlier. Similarly, soon after he got down to business, he identified the people who would be vital to the accomplishment of his life’s call. These were his apostles.

29. Understand the Deceit of the World’s System.

If there was anything Jesus affirmed from his victory in the wilderness, it was that he fully understood the tricks of the pride of life, the lust of the eyes and the lust of the flesh.

30. Take a Decision on Marital Destiny.

The most basic decision about marriage is that of whether to or whether not to. As a eunuch for the kingdom, he knew quite well that his race would be completed without a partner. As such, he steered clear of any kind of love relationship.

There you have it.

Indeed, a lot more could be gleaned from Jesus life at 30, but this suffices. And while, a serious reflection on all these is expected, it is not intended to be an invitation to undue pressure. It is only expedient that it helps us to reshape personal values and priorities, where necessary. 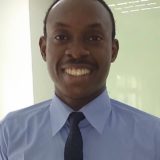 Ogaga Eruteya is a Nigerian ordained pastor, poet, inspirational speaker and a scientist by profession. He was born and raised in Oyo – a historically significant Yoruba town – to Isoko parents. His name Ogaga Oghene means God’s power and he has been a true testament to this, having witnessed interventions that could only be divine on a number of dire occasions. He figured he needed to take writing seriously when he noticed that he had a plethora of scribbles and snippets all over his phones, notepads, and fragments of paper. He lives and serves God in Lagos. Read his amazing works here: www.faithandliving.com 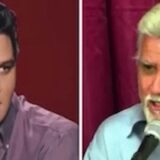 Previous Story
Pastor says he is NOT Elvis
→ 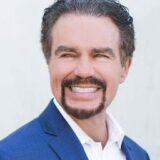