Pastor says he is NOT Elvis 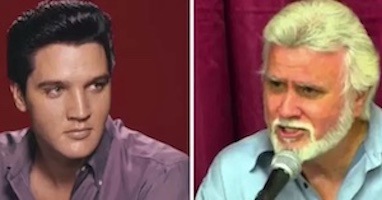 Over the years there have been countless theories that Elvis, who would now be 84, faked his own demise to escape the pressures of fame.

Pastor Robert Joyce from a small town in central Arkansas was challenged to identify himself and admit to being the king of rock, after a video of his was shared online.

The pastor is a talented musician and Elvis fan whose singing voice bears an uncanny resemblance to the King’s.

The ‘Evidence Elvis Presley is Alive’ Facebook page is dedicated to proving the conspiracy theory is true.

It reads: “Look at the photos below and notice that Bob Joyce has the same gap in his teeth that Elvis has! More proof that he is Elvis!”

Other “evidence” offered comes in shape of the apparent similarities of Joyce’s sermons and the words Elvis is quoted as saying in a biography.

Tom Mennel, watched a YouTube clip of the preacher and told The Express that he is convinced the pastor isn’t who he is claiming to be.

He said: “I have been an Elvis fan since I was six-years-old and now I am 61-years-old. To me, Mr Joyce is Elvis and I do hope one day he will stand up and say who he is.”

However, Mr Joyce has confirmed he is not Mr Presley who died on August 16th 1977.

He explained: “Most of these folks know I am not Elvis but to them it doesn’t matter. They are only so grateful that God is blessing them and reviewing their lives.

“If Elvis were alive, I would say to him, my friend and brother, we are of kindred spirits. We are one in Christ.” 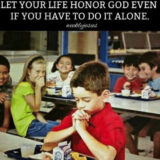 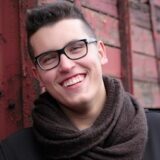 Next Story
30 things before turning 30