What is your real name? 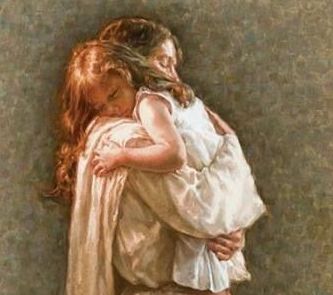 Almost every Christian on the planet can rattle off, “I’m saved by grace through faith.”

Almost every Christian on the planet gets up each day with fresh resolutions – and a better arsenal of excuses.

A familiar Old Testament character can empathise with you. He was full of excuses, little white lies and a few big, old whoppers. Ashamed of who he was, Jacob tried to make himself sound better, feel better, look better than he actually was. Follow his story with me:

Jacob had tried to come out first. As Rachel gave her last anguished push, he thrust forward his tiny pink hand. But just before he could claim the birthright, Esau, big and red, shouldered his way out first. Jacob was shortly behind him, gripping Esau’s heel with all his might.

Their young years were rife with tension. Sure, there were good days when the boys enjoyed camaraderie, but their parents’ divided loyalties kept them both on edge. Ruddy Esau was Isaac’s choice, but Rachel favoured Jacob. Maybe she felt sorry for him, the underdog, the sweet little boy who wanted desperately to make his mark on the world.

At birth, Jacob had been labeled, “deceiver,” or, “crafty one,” (the meaning of his Hebrew name) in recollection of his attempt to claim the honor of first born. Living up to his name, twice the Bible tells specific stories of him deceiving his family members in order to claim blessings that were not his. Then, one final, colossal mistake left him running for his life—Jacob lied about his name.

He told his blind father, Isaac, that he was Esau. He convinced Isaac to bless him with the honours of a firstborn. “I am Esau.” Three little words.

There is oh, so much more to the story! But let’s move forward, the privilege of a Bible scholar, to survey the entire landscape of Scripture and consider each story in context and in its minutia.

Years later, Jacob lay restless on the ground trying to sleep. For days, his family had been traveling, a monster caravan of livestock, servants, women and children. As they neared their destination, Jacob’s home in Canaan, word came that Esau had learned of their arrival and was coming to meet them. In fear, Jacob sent gifts ahead of him to pacify his brother. That night, in a fitful sleep, he had a visitor.

Initially, the Bible only tells us that a man wrestled with Jacob all night long. Later, we come to understand that this was a pre-incarnate Christ, a theophany. As day broke, Jacob lost the match but still clung fiercely to the stranger. “I will not let you go until you bless me!” he said.

Then, God asked Jacob a most ordinary, and ironic question: “What is your name?”

Did God not know? Did the Creator who knit this man together in his mother’ womb, not also know his name? Why do you think God asked?

The last time Jacob had been asked to give his name, he lied, “I am Esau.” In other words, “Father, I am who you want me to be.”

Now, God asked Jacob not to redeem himself, not to prove his worth for the blessing, but instead to admit who he was – a liar, a cheat, a deceiver.

Humbled, Jacob told the truth, “I am Deceiver.” And in the wake of his truthfulness, God, Himself, redeemed Jacob.

“Then the man said, ‘Your name will no longer be Jacob, but Israel, because you have struggled with God and with humans and have overcome’… Then he blessed him there.” (Genesis 32:28-29b)

What do you have to do to receive the blessing of Christ’s righteousness, the favour of God for salvation?

God does not ask you to become someone you are not. It is vain to cover your flaws, change your name, mask your scars, hide your weaknesses and sins. Your salvation is in admitting who you are – all failures and mistakes included. In the wake of your confession, when you understand your need for the Saviour, God Himself will change you, redeem you, clothe you in righteousness and bless you. 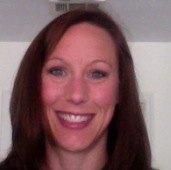 Abby is a Christian writer on all topics relating to the Christian faith. One of her passions is encouraging women dealing with body image and eating issues, as she found freedom from her eating disorder by the grace of Jesus Christ. Her blog, Predatory-Lies, has a strong following. Abby maintains a YouTube video series to complement her first book, “The Predatory Lies of Anorexia: A Survivor’s Story”. Abby is the senior editor of the online component of My Daily Armor – a monthly Christian periodical designed to encourage Christians in their walk with God. 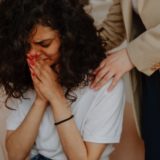 Previous Story
Why is there suffering?
→ 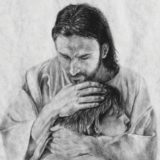 Next Story
Prayer for healing all wounds