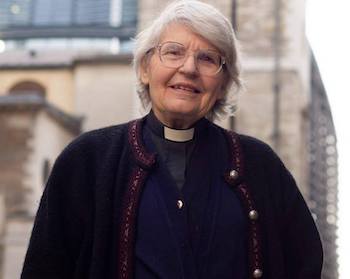 Rev Sue Parfitt, 79, was in court this week, charged with violating the Public Order Act during an Extinction Rebellion protest in September 2020.

Rev Parfitt, from Bristol and fellow Christian Climate Action member Ruth Jarman, committed contempt of court by gluing themselves to furniture at the City of London Magistrates court.

Rev Parfitt and Jarman – who live-streamed the ordeal in court, were taken to Bishopsgate Police Station and have since been released under investigation.

Rev Parfitt has been arrested a number of times in the past whilst protesting about the climate emergency. She told the court: “Whatever the cost, I have the absolute duty to do all that is in my power to at least try to slow down the worst consequences of the impending climate catastrophe, which is a fundamental threat to life, property and the very existence of the global society in which we live.

“It is a particular threat to God’s poor, in the UK and around the world. Thus, I am doing what I am doing to claim justice for the sake of the poor, already deeply affected by climate change as well as justice for future generations.”

CCA member Ruth Jarman said: “We are in a climate and ecological emergency, heading for a mass extinction of God’s creation and the deaths of billions. Our legal system is obstructing the radical transformation of society that needs to happen now…The threat to humanity and God’s creation is immediate and existential. If the law can’t recognise that then it seems to us that the law is not fit for purpose for the Anthropocene.

“In Matthew 5:40, Jesus says ‘if anyone wants to sue you and take your coat, hand over your cloak as well’. This is an instruction to disobey in court when the justice system is not defending justice. Our first allegiance is to Jesus, and that allegiance requires that we disobey in court today.” 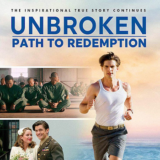 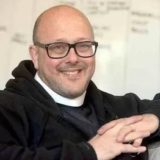