Using the Bible as a filter 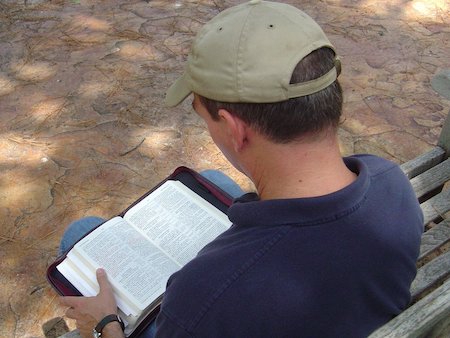 In 2 Timothy 3:16, the apostle Paul says something about the purpose of the Bible:

“All Scripture is inspired by God and useful for teaching, for rebuking, for correction, for training in uprightness.”

Actually, to be precise, when Paul wrote this he was referring to what we know as the Old Testament.  But what he says applies just as much to the New Testament too.

The Bible as a filter

One good way of thinking about the Bible is as a filter.

If we imagine all these ideas coming down a big pipe towards us, the Bible can be pictured as a filter that allows some ideas through and keeps others out.

Importantly, however, we need to be proactive in letting Scripture work in this way.  The Bible’s work of filtration doesn’t just happen automatically.  Instead, we will often need to weigh things up, to spend some time thinking about whether various ideas fit with biblical teaching.

In 1 Thessalonians 5:21 Paul tells his readers:  “Test everything; hold on to what is good.”

Using the Bible as a filter really just means to do what Paul instructs in this verse.  It means to make it a habit to think about the values of things in the light of Scripture and to reject anything that doesn’t pass the test.

Using the values of mainstream Western culture as a filter

Sadly, there are many professing Christians who get things the wrong way round.  Instead of using the Bible as a filter, they use something else to filter out parts of biblical teaching.

To begin with, there are those who use the values of mainstream Western culture as a filter.

For example, the Bible has a lot to say about sexual issues and gender roles.  And what it teaches on these topics often sharply contradicts mainstream views in modern Western culture.

Instead of using the Bible as a filter to block out harmful ideas in areas like these, there are many who block out biblical teaching when it doesn’t fit with Western values.

However, one of the main reasons God has given us the Bible is so that the biases and mistakes of cultural ideas can be filtered out.  In moral issues, every culture gets some things right and some things wrong in God’s sight.  Scripture is essential for determining whether various ideas fit with His will.

Many professing Christians today think they know better than the Bible, whereas in reality they have been deceived.

Using denominational beliefs as a filter

There are also many who go wrong by using denominational traditions to filter out biblical teaching.

No two denominations of the church agree on everything of importance as regards Christian doctrine and practice.  I would suggest that anyone who thinks there is a denomination that has got it all right is being very naive.  Instead, each denomination has strengths and weaknesses when compared to others.

That is not to say that overall no denomination is better than any other.  Some are much more in line with the will of God than others are.  But the idea that any denomination avoids all significant mistakes is very unrealistic.

There are, sadly, many Christians who never stop to question the beliefs of their denomination. Instead of using the Bible as a filter to hold denominational ideas up to scrutiny, they do the opposite.

Parts of Scripture that contradict, or at least fit awkwardly with, the views of a certain denomination are often just brushed aside.

Again, one of the main reasons God has given us Scripture is so that mistakes in Christian doctrine or practice can be corrected.  If we refuse to allow our denominational ideas to be challenged by carefully examining them in the light of biblical teaching, we are not using the Bible as we should.

Whenever we use something else to filter out biblical teaching, we are guilty of idolatry.  We have set up a man-made system of deciding what to accept and reject that is vastly inferior to the one God has provided.  At best this will cause problems, at worst it will lead to disaster.

Instead, what we need to do is humbly accept the filter that God has provided, the 66 books of the Old and New Testaments.  And we need to actively use this filter by constantly weighing things up.

Max has a Ph.D. in New Testament from the University of Edinburgh. His popular blog posts include some analysis of biblical passages. However, readers without any technical knowledge should easily be able to follow what he says. He is a British national who lives in the south of Scotland. Max has been a Christian for more than 30 years. You may follow his blog here: http://maxaplin.blogspot.com/ 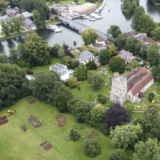 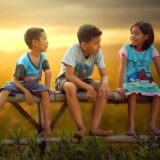