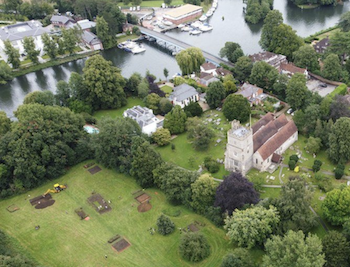 The site of an 8th Century monastery that was believed to have been lost has been unearthed next to a church.A team from the University of Reading unearthed the remains on the site of Holy Trinity Church in Cookham. Archaeologists believe it is the place where Queen Cynethryth ruled a monastic community at Cookham Abbey in the 8th century.The queen was the widow of the powerful King Offa of Mercia; the exact location of the monastery ruled by her – had long baffled historians.

While written sources from the Middle Ages reference the abbey, no physical trace had ever been found before the University team struck timber and pottery near Holy Trinity Church earlier in the summer.

They hope it will give a unique insight into one of the most prominent women of the early middle ages.

Cynethryth, who it is believed died in 798 AD, is the only Anglo-Saxon queen known to have been depicted on a coin. Written records showed she became the royal abbess of a monastery after the death of her husband, King Offa. This church was one of the rumoured sites of the missing monastery.

The team, including researchers from the University of Reading, found evidence of timber buildings where monks and nuns lived, as well as clay cooking pots, jewellery and personal belongings.Local volunteers also joined in the search and excavation. 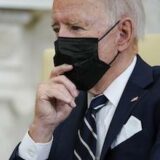 Previous Story
US airstrike in Afghanistan
→ 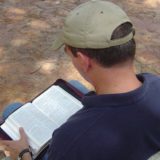 Next Story
Using the Bible as a filter