US pastor abducted by Russians 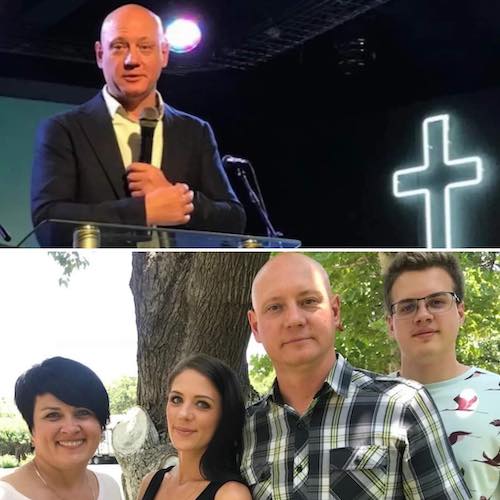 An American missionary has been kidnapped by Russian forces in Ukraine.

Dmitry Bodyu, 50, was snatched by a group of around eight to 10 soldiers from his home in Melitopol on Saturday morning, as his loved ones looked on in horror, his wife Helen Bodyu told NBC News.

The Bodyu family lives in the southern city of Melitopol, which fell to the Russian forces four days after the invasion of Ukraine started.

Bodyu is pastor of Word of Life Church in Melitopol, where he urged fleeing residents to seek shelter, shortly after the Russian invasion.

His daughter Esther Bodyu-Ogawa, who is 30 and lives in Hawaii, said she is “shocked” that her father was targeted.

“All he’s doing is just helping such a large number of people that were hiding in the church, which was, like, over 50 people,” the pastor’s daughter said. “And he was feeding all of them, too, throughout this whole situation.”

Esther said her family had told her that the troops vaulted a wall around their home before the entered.

The Russians seemed to know he was a pastor.

“They walked in and they just started kind of questioning him right away, like, ‘Are you guys American citizens?’ – that’s one of the first questions they had,” she said.

“It could be because we’re American citizens. It could be because he’s, you know, a big influencer. A lot of people follow him and really want to know what he’s preaching about and what he’s telling people, making sure he’s not, like, talking about Russia and trying to tell people, ‘Yes, this is a bad thing.’

According to Helen Bodyu, the group looked through pastor Dmitry’s social media and confiscated his passport.

“They just came in in the morning,” Helen said. “They took our phones, gadgets, computers, documents — and took him somewhere. I don’t know where.”

The 50-year-old pastor was born in the Soviet Union and moved to the US with his parents at the age of 17 but went back to Ukraine years later.

In Melitopol, he has been leading World of Life Church for years and travels across Ukraine training pastors and ministers.

The word of his kidnapping took days to become public because the city was captured by Russia and the troops confiscated the family’s cellphones and other devices.

The family has not heard from him since he was taken.

The troops also came back to get a Bible and a sleeping bag, but otherwise the family has heard nothing from Dmitry Bodyu.

A spokesman for Ukraine’s deputy prime minister, Irene Vereshchuk, said that Russian forces had kidnapped or abducted at least 14 local leaders since the invasion began. 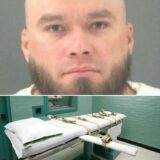 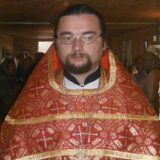