A Christian doctor is to appeal a judgment affirming his right to disagree with transgenderism while asserting that these views cannot be expressed in the workplace.

Dr David Mackereth, 58, was fired as a medical assessor for the Department for Work and Pensions (DWP) in 2018 after refusing to refer to transgender clients by their chosen pronouns.

The British government’s Department of Work and Pensions (DWP) fired Dr. David Mackereth from his job as a disability assessor in late June 2018 because he refused to hypothetically refer to “a six-foot-tall bearded man” as “madam.”

He challenged his firing, claiming it breached his right to freedom of thought, conscience and religion, but in 2019, he lost his case when an employment tribunal ruled that his belief in Genesis 1:27 – that humans are born male and female – was “incompatible with human dignity”, “unworthy of respect in a democratic society” and “mere opinion”.

At the Employment Appeal Tribunal on Wednesday, Justice Eady said that the original ruling “erred in law”, meaning that Dr Mackereth’s beliefs are protected under the Equality Act and Human Rights Act.

“It had been wrong to find these were merely opinions based on the information available,” the judgment reads.

It continues, “The ET had wrongly considered the claimant’s beliefs relative to his particular employment; had erroneously assumed they must give rise to unlawful discrimination or harassment; had focused on the potential manifestation of the claimant’s beliefs instead of the beliefs themselves; and had applied too high a threshold.”

It added, “The fact that a belief is likely to cause offence cannot, however, mean that it is automatically excluded from protection.”

However, Dr Mackereth lost his appeal because the judgment concluded that while belief in Genesis 1:27 might be protected, the original ruling “drew a permissible distinction between the claimant’s beliefs and the particular way in which he wished to manifest those beliefs (Page v NHS) and meant that his claim of direct discrimination had to fail”.

The judgment concludes, “Critically evaluating the reasoning in this case (as we are required to do), we cannot see that the ET erred in concluding that the measures adopted by the [Department for Work and Pensions] were necessary and proportionate to meet a legitimate focus on the needs of potentially vulnerable service users and on the risks to those individuals and, in consequence, to the [Department for Work and Pensions].”

Andrea Williams, chief executive of the Christian Legal Centre, which is supporting Dr Mackereth, said the judgment was “confusing and muddled”.

“The way in which the judge has driven a wedge between holding a belief and manifesting it means these basic Christian beliefs are protected on paper but not in practice,” she said.

“The freedom to hold a belief, but not be able to express it, is no freedom at all. This ruling means that you can believe that it is impossible to change sex but if you live out that belief as a doctor your job may be at risk.

“If you fail to comply, you could be forced out of your employment. We stand with David as he continues to seek justice in this case.”

Dr Mackereth will now take his case to the Court of Appeal.

He’s represented by the Christian Legal Centre, the legal arm of the watchdog group Christian Concern.

He said: “I am grateful to the court for recognising that a belief that we are made by God, both male and female ‘in His image’ is not incompatible with human dignity.

“The court has agreed to recognise this as a legitimate belief, but not to extend the same protections, under law, to that belief as to others. For this reason, I will be taking my case to a higher court.”

He said that NHS workers should be able to freely state that a person cannot change sex.

“My case affects everyone, not just me and Bible-believing Christians, but anyone who is concerned by compelled speech and transgender ideology being enforced on the NHS and other public services,” he said.

“Everyone in the NHS should be able to say publicly without fear that a person cannot change sex, but instead we are being forced to accept a massive change to our concept of the medical reality of sex, with no scientific basis for that change.

“No doctor, or researcher, or philosopher, can demonstrate or prove that a person can change sex. Without intellectual and moral integrity, medicine cannot function and my 30 years as a doctor are now considered irrelevant compared to the risk that someone else might be offended.

“If we are to tell patients that they need to ‘follow the science’, then we must not tell them that they can change sex.” 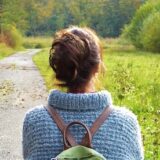 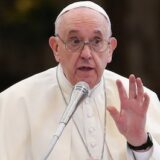