Top 10 board games to play 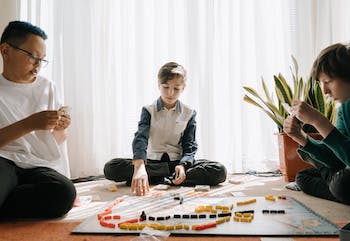 Board games involve pieces placed or moved on a board of some type, and complying with specific rules. Board games always have a goal that a player aims to achieve to claim victory, or move to the next step.

Board games involve thinking and planning to play.

The brain is like a muscle, the more you exercise it, the more it can do. Researchers have confirmed that playing board games two times a week increases your brain speed-score. Apart from being fun, board games also exercise your brain. Below are the best, top-rated board games that a family can play together.

Spontuneous is the best song board game of its time. First timers may be a bit skeptical, but anyone can play it. The rules of this game are simple and provide lots of laughs and opportunities for interaction across generation lines. Searching your memory for songs both old and new to fill out your HitList, and bringing songs to mind from the prompts of other players both have been highly rated as enjoyable by players. While playing the game, you will have the opportunity to sing your favourite tunes in front of family and friends, karaoke with a competitive twist!

Spot it! is an excellent game for all ages. Many of the adults who have played the game have described it to be fun and challenging. Parents have found this game to be engaging for them and their children. Children have been fascinated for hours by the variety of cards and symbols. An excellent game to bring in the car or on the plane when travelling with children, Spot it! will keep everyone occupied and entertained. You will continue playing for hours as long as the cries “again! Again!” persist.

This game will bring back a dash of early 90s joy to a family. It is a strategy card game for 2-4 players from Big G Creative. The players can choose to be Kevin or a wet bandit. Kevin is a creative and quick-thinking character, and the wet bandits are the woeful and unprepared antagonists. The wet bandit’s goal is to accumulate loot while Kevin’s goal is to set traps to stop the would-be thief. Whichever role you take, the family will have endless fun playing this game.

The game is insanely simple to learn, and incredibly challenging to play. Players take turns setting and solving a secret four-color code. There are more than 2000 possible combinations, so every game is new. The family will have fun while playing this game, and develop their problem solving skills to boot!

We all loved Monopoly as kids, Monopoly Junior allows you to introduce your kids to Monopoly with a twist. Instead of acquiring properties, you take possession of different rides in an amusement park and charge other customers to ride the rides. The house rule of collecting money when landing on ‘Free Parking’ in the old game is now part of the rules with a ‘Loose Change’ spot. The game is aimed toward children, but it is enjoyable by young and old alike. The game is well-paced and not difficult to learn.

Clue is the best mystery board, family-preferred game of all time. There was even a movie based on the game! The set includes the board, token, weapon, cards, miniatures, dice, and the guide of the game. A murder has been committed and players must eliminate suspects, locations, and weapons to solve the mystery. Reviewers have found Clue to be exciting, and say that solving murder mysteries never get old.

Pandemic is a game with a twist. Instead of competing against other players, all players compete against the game. Everyone will have to work together, strategise, and cooperate to achieve the goal. If you want to build teamwork in any group, the Pandemic board game is the game for you. The most exciting part of the game is that either you all win or lose.

For over 1500 years, chess has been the game that teaches strategy, tactics, and critical thinking to generation after generation. It takes a bit of effort to learn the moves of the pieces, and once that is mastered, it takes a lifetime to master the strategies and intricacies of the game. Chess has a particular distinction in board games, in that there are world tournaments in chess with thousands of viewers, and titles and monetary awards for winners. Chess is treated as a sport in many ways.

There have been sequence games before, but this one is based on strategy. It is the best overall and will become the next best family game. The game is not complicated for kids and is full of tricks to challenge the adults.

You should add Catan in your favourite game-night list. Its adventure-based, and perfectly suited for 3 or 4 players. Playing the game involves bartering to collect the resources you need, and building settlements on Catan, which is an island. Settlements and territory you control give you a greater chance to accumulate more resources which you can then barter with other players to increase your influence on the island. An engaging game with a lot of player interaction. 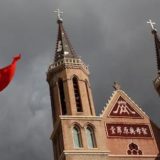 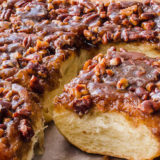