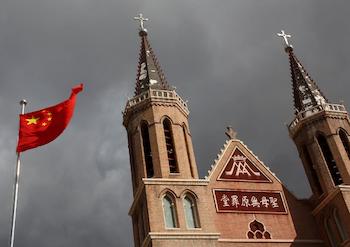 A Catholic bishop, seven priests and several seminarians have been arrested in China’s Hebei Province.

The priests, along with an unspecified number of seminarians, were reportedly detained for allegedly “violating the country’s repressive new regulations on religious affairs.”

Police arrested 63-year-old Bishop Joseph Zhang Weizhu of Xinxiang Diocese in Henan province a day after they detained the priests and seminarians for allegedly violating the country’s repressive new regulations on religious affairs.

The arrests reportedly came after the diocese decided to use an abandoned factory building as a seminary.

About 100 policemen surrounded the building the day before Bishop Zhang was arrested.  While the police deployment continues, a manhunt in underway to search for other seminarians who allegedly fled to avoid arrests.

The Xinxiang Diocese is not recognised by the Chinese authorities. Bishop Zhang was ordained secretly in 1991 without the approval of the state-sanctioned Bishops’ Conference of the Catholic Church in China (BCCCC) and the Chinese Catholic Patriotic Association (CCPA).

The detention of Bishop Zhang, the priests and seminarians follows the introduction of new administrative measures on religious staff which came into effect in China on 1st May. The new regulations include requirements on the qualifications of religious staff. Article 16 states that Catholic bishops must be approved and ordained by the state-sanctioned Chinese Catholic Bishops’ Conference.

AsiaNews reported that the bishop and priests are being held in solitary confinement in a hotel, where they are undergoing “political sessions.” Students arrested at the same time have been sent back to their families and reportedly forbidden to continue studying theology.

CSW’s founder president Mervyn Thomas said in a statement: “CSW condemns these arrests, which follow the introduction of the new regulations on religious staff and appear to confirm fears that restrictions on religious communities will continue to tighten. We call for the immediate and unconditional release of these Christians, and all those detained across China on account of their religion or belief. We also encourage the international community to raise this and other cases of arbitrary detention and harassment of religious leaders, including Elder Zhang Chunlei of Love Church and Pastor Yang Hua of Living Stone Church, with the Chinese government at every opportunity.”

A Sino-Vatican deal was signed for two years in September 2018 purportedly to unify the Catholic Church. It was renewed in 2020 but the deal has led to increased persecution of the underground church, Catholics say.

Bishop Zhang, who heads the diocese of 100,000 Catholics, has not been approved by the state-run church even after the Sino-Vatican deal was signed.

Last year authorities in Xinxiang shut down Catholic schools and kindergartens in line with the Chinese Communist Party’s ban on education by religious groups including the Catholic Church, reported Bitter Winter, a magazine on religious liberty and human rights.

Since 2018, several church-run orphanages for the poor, orphans and disabled children were shut down in various provinces of China. 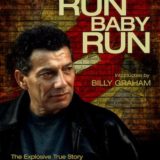 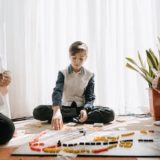 Next Story
Top 10 board games to play