Best Holmes story of them all 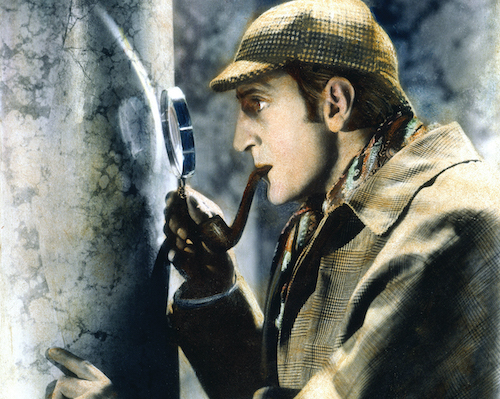 I have loved Sir Arthur Conan Doyle’s Sherlock Holmes stories from the beginning of my days as a serious reader. There is something tremendously exciting and thrilling about them but at the same time it is difficult to explain their timeless appeal to someone who has never read them. In the last decade or so the popularity of the Holmes canon can be put down to the eccentric TV series adaptations starring Benedict Cumberbatch and Jonny Lee Miller (in separate roles as the great sleuth), but to me the fact that they have tampered with the original texts for these new versions have diminished their attraction a great deal. But that is just my opinion – millions of other (mostly younger) viewers will surely disagree!

Of the 60 Holmes stories (four novels and 56 short stories), some are inevitably better than the others – I would argue that, among the novels, The Hound of the Baskervilles (1902) is absolutely essential to any reader who loves mystery and suspense. It is, without exaggeration, one of the books you cannot do without, even though the principal character – Holmes, of course – is oddly off-stage for much of the story. But I guess that is also what makes it so unusual.

What of the Holmes short stories? Most are wonderfully readable even now, even if there was a deterioration in quality by the time you get to the final collection, The Case-Book of Sherlock Holmes (1927). Conan Doyle himself had grown quite tired of the fictional hero he had created (and tried to kill off many years earlier), and that weariness shows in the last few tales he wrote.

But pick up The Adventures of Sherlock Holmes (1892) – fittingly dedicated to Dr Joseph Bell, generally accepted as being Conan Doyle’s real-life model for the character of Holmes – and you get gem after gem: A Scandal in Bohemia, The Dancing Men, The Man with the Twisted Lip, The Five Orange Pips, The Red-Headed League, to mention just a handful – almost every story in this first Holmes collection is an unforgettable instant classic but even among those, one stands taller than the rest: The Adventure of the Speckled Band. The author himself chose The Speckled Band as his best story, when asked to select his favourite Holmes tales.

Like most of the others in the series, The Speckled Band – which falls firmly under the category of the traditional “locked-room mystery” – was serialised first in The Strand Magazine (with the remarkable illustrations by Sidney Paget) and then collected in book form later on.

The story starts in the conventional manner seen throughout the series: Holmes and his friend Dr Watson are approached by a terrified lady called Helen Stoner who tells them of the horrible manner in which her twin sister died suddenly two years before. Her sinister step-father – a fearsome character called Dr Grimesby Roylott – could know what exactly happened, though he is not likely to volunteer that information. Will Holmes and Watson be able to figure out in time what is going on at the half-ruined mansion where Ms Stoner and her step-father live? And what is the mysterious “Speckled Band” of the story’s title? One of the most exciting and “singular” (as Holmes would put it) endings in fiction is in store for the reader about 15 pages later.

The strange atmosphere of the story is brilliantly created. We move away from London to the suburb of Surrey for the spine-tingling climax but the story moves so fast that we barely draw breath. There is not one wasted paragraph in this lean, superbly told tale which has been anthologised and adapted numerous times. I truly envy the person who is reading it for the very first time. And I have a soft corner for the exotic connections with India, which are a vital part of the plot – though eagle-eyed readers might note a key reference that is not factually correct…

Devoted Holmes fanatics will remember the great Jeremy Brett’s quintessential turn as Holmes on British TV from 1984 to 1994. Fittingly Granada Television, which managed to film 41 of the Holmes stories before Brett’s untimely death, selected the strongest ones for adaptation in the first couple of seasons itself. They stuck closely to the Conan Doyle versions, which make them definitive. I re-watched the Granada treatment of The Speckled Band recently, after nearly three decades, and it was a nostalgic exercise seeing how an iconic fictional superhero could be brought to life precisely as his creator had visualised him on the page almost a century before. 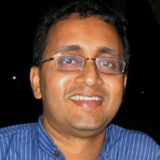 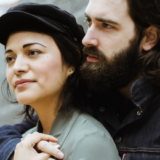 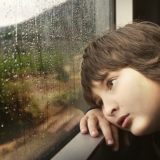 Next Story
Prayer for the hopeless