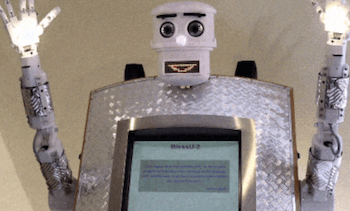 A quarter of UK adults say they would be comfortable taking spiritual advice from an artificial intelligence priest.

The findings of a survey conducted by ComRes on behalf of Premier’s The Big Conversation have been released ahead of the second episode of the new series. The Youtube series brings together leading thinkers to examine some of life’s big questions.

Whether Artificial Intelligence could be the key to human immortality is explored in the latest episode which was available on podcast and video from Friday 23 April 2021.

Hosted by Justin Brierley and featuring leading AI specialists, Nick Bostrom (Oxford University Professor) and Rosalind Picard (Massachusetts Institute of Technology Professor), the debate examines some of the big questions being addressed by some of the world’s top thinkers – including the potential for good and bad as a result of the advancement of technology and Artificial Intelligence.

Bostrom, the author of Superintelligence and Director of the Future of Humanity Institute at Oxford University goes head-to-head with Picard as they explore whether computer machines could become conscious one day, what if we’re all living in a Matrix-like simulation created by some godlike alien technology as well as some of the many spiritual questions raised by AI.

In the debate Bostrom controversially claims it is possible in principle to have a digital computational system that would be fully conscious and indistinguishable from the kind of consciousness experienced by humans. Furthermore, he shares what he describes as “the simulation hypothesis”, where we are living in a computer simulation in a literal sense built by some advanced civilisation.

Meanwhile, Picard, who leads research developing AI/machine learning and analytics to improve human health and wellbeing at MIT and approaches AI through the lenses of what she describes as a Christian worldview, reveals she “likes the idea of a superintelligence out there able to change things in our world” but argues the weight of evidence sits in favour of the God of the Bible as being that source, as opposed to “some other thing out there”.

Host Justin Brierley said: “This is a truly fascinating debate with two brilliant guests who address the topic from a Christian and non-Christian perspective. Interestingly, in a recent survey conducted by Savanta ComRes for Premier Christian Radio, one in five of those polled said they believed we are living in an Artificial Intelligence (AI) simulation. ‘Simulation’ refers to a representation of the real world that seems real to the individual but is in fact, not real. A quarter of those surveyed said they would be willing to take spiritual advice from an AI robot replica of a priest instead of a human priest.  So, whilst this may have seemed like something from a Sci Fi movie just a few years ago, many are now beginning to give the whole subject serious consideration.

“As we get more used to asking Alexa or Google for answers to everyday questions, perhaps it’s no surprise that people are increasingly open to the idea of asking an Artificial Intelligence for spiritual advice. It’s clear that a younger generation are even more likely to see that as an option.

“However, I hope we don’t lose the human touch of the local priest, vicar or church minister. A robot in a dog-collar may be able to say a prayer for you or administer the last rites, but does an AI algorithm really care about your soul?”

The Protestant church in Hesse and Nassau built a robot priest to give blessings as part of a celebration of the 500th anniversary of the Reformation. The robot, named “BlessU-2,” has a touchscreen, glowing hands, and can forgive your sins in five different languages.

(With inputs from Premier News) 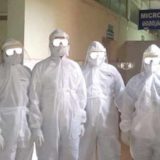 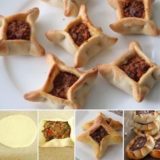