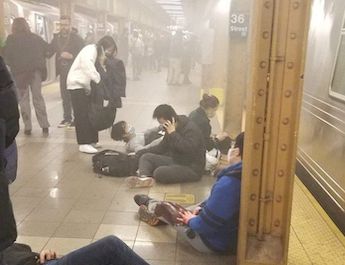 A gunman in a gas mask and construction vest set off a smoke grenade and fired a barrage of at least 33 bullets in a rush-hour subway train.

Images from the scene show bloodied passengers lying on the floor of the smoke-filled station.

Police said 13 more people suffered from smoke inhalation or were otherwise injured in the chaos as panicked riders fled the smoke-filled subway car.

Authorities have offered rewards totalling $50,000 for information leading to the arrest of the gunman, who fled the scene and is still at large.

The manhunt initially centred around a U-Haul van found hours afterward parked on a Brooklyn street.

A “person of interest” has been identified by police as Frank James, who was believed to have rented the vehicle in Philadelphia.

Police believe that he acted alone. The incident is not being investigated as an act of terrorism.

Authorities found a 9 mm semi-automatic handgun at the scene, along with extended magazines, a hatchet, both detonated and undetonated smoke grenades, a black garbage can, a rolling cart, and gasoline and a key to a U-Haul van.

“An individual donned a gas mask, he then opened fire striking multiple people on the subway and on the platform,” New York City Police Commissioner Keechant Sewell said.

The attacker then fled wearing a green construction-type vest and a grey sweatshirt.

“My subway door opened into calamity. It was smoke and blood and people screaming,” eyewitness Sam Carcamo told the Associated Press. He added that a billow of smoke poured out of the train once its doors opened.

New York’s fire department originally received a call about smoke inside the station. But officials arrived to find multiple people shot and injured.

All of the victims were expected to survive their injuries.

In a video message, New York City Mayor Eric Adams promised residents that authorities will soon capture the gunman on the loose.

“We will not allow New Yorkers to be terrorised, even by a single individual,” he said. “We will find him.”

Adams is currently in isolation after testing positive for Covid-19. 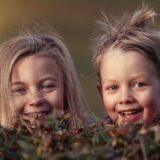 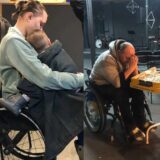