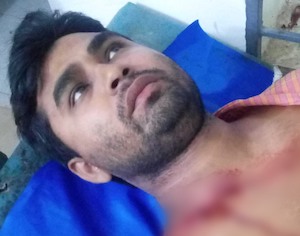 A Bangladeshi Christian teacher has been hospitalised with multiple injuries after he and his parents were attacked by their relatives, with axes and sticks.

Shamim, 30, is a Christian convert from Islam and was running adult literacy classes in the south-west of Bangladesh. Following his conversion, a number of others in the village became Christians too. The gossip spread throughout the village and angered his relatives.

After finding out that he and his immediate family had converted to Christianity, his cousins decided to take their land and property.

They initially tried to evict him and his parents from their home. When this failed, the cousins attacked them with axes and sticks.

Shamim was seriously injured, while his father survived with milder injuries.

He told religious freedom charity Open Doors: “We do not want to report this incident to the police because we know it will create more problems for us. The persecution towards us may increase.”

Open Doors’ local partners visited him in hospital and reported that his family are feeling very insecure as their attackers still impose a real threat.

In Bangladesh, Christian converts are often interrogated by  police and threatened.

“It is very disturbing that Christians in Bangladesh cannot hope for protection from the authorities even in such obvious crimes as attacking and brutally beating a whole family,” said Dr David Landrum, director of advocacy at Open Doors UK.

“On many occasions, when Christian converts have approached the police, they have been told to return to Islam, otherwise the police could do nothing to help them.”

Bangladesh is number 31 on Open Doors’ World Watch List 2021, a ranking of 50 countries where it is most difficult to be a Christian. It has risen seven places since the previous year. 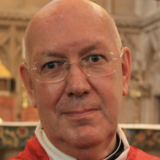 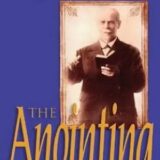 Next Story
The Anointing of His Spirit