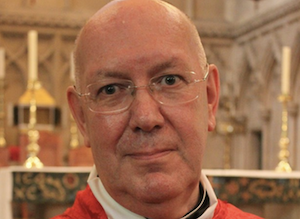 A coroner has hit out at the Church of England after wide “systemic and individual failings” led to the death of a London priest found hanging at his home.

Fr Alan Griffin, 76, was found dead at his home in Wapping, East London.

An inquest into his death at St Pancras Coroner’s Court heard that Fr Griffin was a “HIV positive gay priest” who killed himself because he “could not cope with an investigation into his conduct, the details and source of which he had never been told”.

The Church of England is facing criticism after he committed suicide, following false child abuse allegations made against him, after more than 12 months of being investigated.

The investigation is being conducted by Fr Griffin’s former Church of England diocese and his current Roman Catholic diocese, following his conversion.

Following an inquest into Fr Griffin’s death, Coroner Mary Hassell wrote a Prevention of Future Deaths report which she addressed to the Archbishop of Canterbury.

According to the report, the Church of England had shared a short written summary of allegations with the Roman Catholic diocese that contained “inaccuracies” and failed to mention Fr Griffin’s earlier suicide attempt “on learning of his HIV status”.

The report goes on to say that “nobody took responsibility for steering the direction of the process from start to finish” and that there was a lack of “coherent, reasoned evidence-based decisions that made sense”.

Ms Hassell wrote: “Fr Griffin did not abuse children. He did not have sex with young people under the age of 18. He did not visit prostitutes. He did not endanger the lives of others by having sex with people whilst an HIV risk…There was no evidence he did any of these things.”

The hearing concluded that there was no evidence of wrongdoing on the part of Fr Griffin, nor were the allegations or their source ever plainly set out to him. The allegations were “supported by no complainant, no witness and no accuser”, the report said.

Ms Hassell wrote: “He killed himself because he could not cope with an investigation into his conduct, the detail of and the source for which he had never been told.

The report also highlights the lack of effort by the Church of England to learn from its mistakes. Ms Hassell wrote: “It is often the case that organisations have already themselves recognised their errors and have undertaken meaningful attempts at improvement by the time of the inquest. This was not the case here.”

The Bishop of London, Dame Sarah Mullally, said in a statement: “Alan Griffin’s death was a tragedy and my heart goes out to his family for all they have endured. I am deeply sorry for their loss.

“Following the inquest, we have commissioned a ‘Lessons Learned’ review so that we can fully reflect upon the diocese’s actions, and the coroner’s comments, in the period leading up to Alan Griffin’s death.”

(Picture Courtesy: Friends Ordinariate of Our Lady of Walsingham) 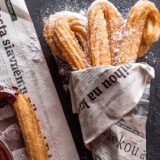 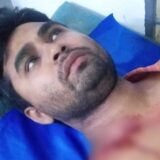 Next Story
Christian attacked with axes