“Prayer is our secret weapon” 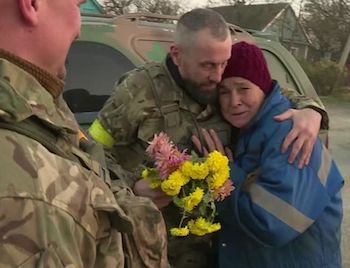 A pastor in Ukraine has said that prayer and unity have become their secret but very effective weapon, after a Ukrainian city was liberated from the Russian forces.

People across the country are rejoicing at the liberation of the southern city of Kherson from Russian troops.

The pastor, who is a director of Eurovision Ministries working across Ukraine, spoke after President Zelensky made a surprise visit to Kherson days after the withdrawal of Russian troops.

The city was captured by Russia in March but Russian troops have now withdrawn from the area.

Vadim Preobrazhensky said, “All the people in Ukraine are rejoicing right now. What we can see is a confirmation that God has his own plan for the future of Ukraine and this plan will be fulfilled, and no enemy is able to make Ukraine surrender. So it’s a great, great privilege for all of us to share this time of joy and support people of your soul who remain fierce and strong.”

Vadim says that although the Russian troops have left the city, they left miles and miles of grenades and destroyed the infrastructure including electricity and power plants. Many residents have been evacuated as there is no fresh water or internet connection in the area.

He also fears that the Russians will seek revenge on Kherson –  as they did on the city of Kharkiv which refused to surrender to Russia in 2014.

“The information we are getting from our military and intelligence is that Russians may try to seek revenge on local people, as they did with Kharkiv. Right now they are trying to cause as much damage as possible there. So this is a danger, but our militaries are doing everything possible to protect this city and its civilians.”

However, Vadim Preobrazhensky has also told Premier local people are under no illusion that Russia may seek revenge on the city from afar.

Pastor Vadim is urging Christians to continue to pray for the country.

“Please pray for the unity of all Ukrainians and also believers of all confessions, because we can very literally see the transformation of our nation compared them to 2014. Then there was some level of division in the nation. But now the nation has become absolutely united.

“We all share one vision concerning our future. Prayer and unity has become our secret but very effective weapon.” 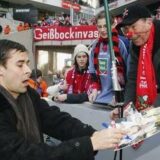 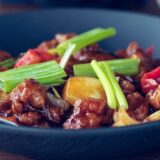