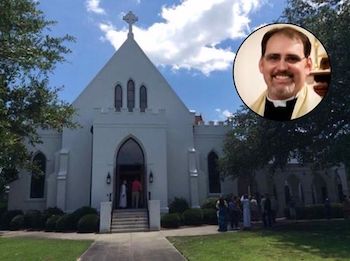 A US pastor is being hailed as a hero after being stabbed as he attempted to rescue a 61-year-old man from a brutal attack.

Rev. Marcus Kaiser’s Sunday went differently than normal, after he was stabbed with a pair of small scissors on the campus of his own church. The rector of Church of the Holy Comforter in the town of Sumter, put his life on the line by stepping in to help a parishioner.

Rev Marcus had just finished distributing communion. His after-service routine was disrupted when he saw a person attack an elderly parishioner walking a dog by the downtown campus of Church of the Holy Comforter in South Carolina. When he tried to ease the situation, he, was stabbed on his right forearm.

The Sumter Police Department first heard from a man who was walking his dog. He told officers that a suspect approached him and began to follow him and his dog. The suspect then hit the 61-year-old in the head with an unknown object.

Rev Marcus witnessed the incident and attempted to both help the man and ask the attacker, “Are you OK?” because, to him, ‘a person would not hurt another for no reason’. The man then stabbed Rev Marcus. The pastor later said he and the other victim were “okay” and noted that he was “able to avoid most of the blows”.

Rev. Marcus was an officer in the Navy when he was called to the priesthood. He graduated from Nashotah House in the spring of 2009 and came directly to Holy Comforter with his wife and two sons. (He now has four sons.) He was installed as Rector on August 24, 2014.

Rev Marcus saw a positive side to the whole incident, as shared on the FB page:
“The whole affair is already not without its upsides. As I often say, I don’t get to meet as many non-Christians as most of you do. Yesterday, I spent time with police officers, hospital staff, and others intrigued by the preacher who got stabbed. I’m happy to bear that title if that’s what it leads to. Even better, two young ladies drove up to say that they saw what happened. These two wonderful people asked if they could pray for me right there as the police surrounded us and people driving down Main St. looked on. Not only did they pray for my healing, they prayed for the assailant and for the witness of Holy Comforter. That was the only time I cried during the whole affair. God is good all the time!”
“Some of you have asked what you can do. I am fine and, with a little soreness managed with only ibuprofen, fully functioning. I would ask that you pray for our police officers and sheriff’s deputies. They deal with these situations far more than we realise. Pray for those in mental illness and spiritual darkness, and for appropriate resources to help them. Most of all, pray for what I believe is a very disturbed, mentally ill, and spiritually oppressed person. I don’t know what will happen with the legal system, but I trust our law enforcement and public officials to deal with it appropriately. Again, thank you for your prayers, and I will leave you with a prayer from our BCP. Please take a moment and lift it to God.
For those afflicted with mental suffering: Almighty God, whose Son took upon himself the afflictions of your people: Regard with your tender compassion those suffering from anxiety, depression, or mental illness, especially this assailant; bear their sorrows and their cares; supply all their needs; help them to put their whole trust and confidence in you; and restore them to strength of mind and cheerfulness of spirit; through Jesus Christ our Lord. Amen.
Yours in Christ Jesus,
Marcus+
Pic courtesy: FB page of Church of the Holy Comforter, Sumter, South Carolina
(Visited 171 times, 1 visits today)
Share it
← 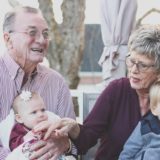 Previous Story
The gifts of being grand
→ 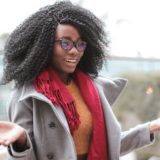 Next Story
Power of your spoken word