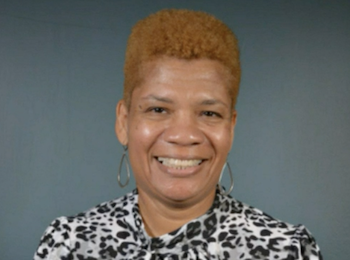 One teenager has been charged with first-degree murder and another with theft of property in relation to a carjacking in Whitehaven that left a United Methodist Church pastor dead.

United Methodist Church leaders are asking for prayers as they mourn the death of the Rev. Autura Eason-Williams, who church leaders say was shot Monday (July 18) afternoon in a carjacking outside of her Memphis, Tennessee, home.

She helped lead churches from Memphis, to southern Kentucky, to Nashville.

“She believed in scripture, she believed in liberation for all people, and she lived that,” said Keith Caldwell, senior pastor of Seay-Hubbard United Methodist Church in Nashville.

Memphis Police said a 15-year old boy is charged with first-degree murder, murder in the perpetration of a robbery, especially aggravated robbery, carjacking, and employment of a firearm during a dangerous felony.

The arrests stem from the death Monday of the Rev. Autura Eason-Williams, a well-known local pastor and regional leader in the United Methodist Church. Eason-Williams was shot and killed in Whitehaven on Monday in what police believe was a carjacking.

Eason-Williams was rushed to a hospital after the incident but did not survive the shooting, police said.

Memphis Police said a 15-year-old pulled the trigger that took Eason-Williams’ life. A 16-year-old was also arrested in connection to the fatal carjacking.

The teen is charged with first-degree murder, murder in perpetration of a robbery, especially aggravated robbery, carjacking and employment of a firearm during a dangerous felony.

After the gunfire, one of those teens drove Eason-Williams’ car away followed by his accomplice in a blue/gray hatchback sedan, police said.

Later that night, at 8:27 p.m., officers found Eason-Williams’ car wrecked out at Lynchburg Street and Steuben Drive, according to Memphis Police.

Just four hours later, at 11:50 p.m., Memphis Police said the teens carjacked another woman on Hunters Rest Lane in Cordova, driving off in her Chevy Malibu. Around 1:30 a.m., Shelby County Sheriff’s deputies spotted that stolen Malibu, police said. A chase ensued until the two teens wrecked the Malibu on Larry Lane, leading to both of them being arrested, according to police.

Eason-Williams was a wife and mother to four children.

She began full-time ministry in 1997 and had served under appointment in the United Methodist Church since 2002.

She served many years with Methodist Le Bonheur Healthcare as a member of the Faith and Health Committee and on the planning committees that created My Sister’s Keeper, an outreach that addresses health disparities of African American women.

During a chapel prayer service Tuesday morning at Memphis Theological Seminary, Eason-Williams was remembered for her hospitality and humility and described as someone who motivated and pushed her friends. Eason-Williams, an alumna of the seminary, led formation classes at the school.

“We’re broken. We’re grief-stricken. We have questions. We have doubts as we remember the life of a dear precious friend, a wonderful servant of our God, of this community,” said the school’s president, the Rev. Jody Hill.

“She was a wife, mother, and a devoted friend to many,” Hill said in a statement. “Autura was eager to embrace all of God’s children with a warm smile, gentle hug, or encouraging word.”

Marita Harrell, senior pastor at Connections at Metropolitan United Methodist Church in Atlanta, was fatally stabbed in May while ministering to a man who is now a suspect in the crime. 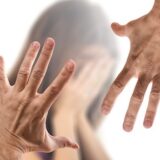 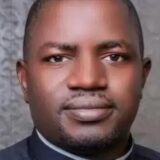