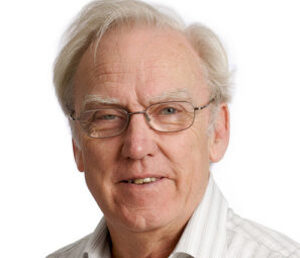 Pastor Colin Urquhart, world-renowned Christian speaker and author who was a figurehead of the charismatic movement, has died.

His death was announced on Sept 14, by the Kingdom Faith Church.

His well known books include: In Christ Jesus, My Father is the Gardener, Revival Fire, Encountering the Presence, My Dear Child, When the Spirit Comes, The Handbook on Healing and Anything You Ask.

Urquhart founded the Kingdom Faith Church in Horsham in West Sussex in the late 1970s, which now has seven sites. His son Clive Urquhart now leads the church. It started a community of Christian families supporting each other in a stately home but now also has a Bible college.

Pastor Clive wrote on the Kingdom Faith Church facebook page: “Many people have been praying and believing with us for Pastor Colin since we announced he was seriously ill with cancer recently. During this last week his condition deteriorated quite rapidly to the point where last night, Monday 13 September, he very peacefully passed away and went to be with the Lord.

Pastor Colin Urquhart was born in Twickenham in 1940 to non-Christian parents, joined the local Anglican church choir when he was ten and describes in his testimony how a “vision of God reigning in heavenly glory” persuaded him to give his life to Christ.

Urquhart was ordained in the Church of England at a young age but became convinced that many churches needed more of a personal relationship with Jesus and to be more like the church in the book of Acts, when the apostles were spreading the gospel, healing people through the power of Jesus and seeing lives dramatically changed.

Pastor Colin travelled widely as a speaker and became well-known through charismatic conferences.

He rejected certain traditions such as clerical robes and embraced contemporary worship music played by a band.

Besides his son Pastor Clive, Colin is survived by his wife Caroline and daughters Claire and Andrea.

“His whole life was focused on seeing God’s Kingdom and glory being released on earth which was marked with seasons of revival at various times during his life and ministry. We give thanks to the Lord for the many thousands of lives that have been saved, healed and transformed during more than 55 years of ministry. As a family we were able to spend his last day with him at his bedside in hospital giving thanks, both to God and to him, for who he has been in our lives and all that he meant to us before he passed into glory. We will be having a celebration of his life in a few weeks’ time, further information will follow shortly.”

Messages may be sent to [email protected] 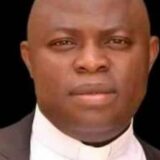 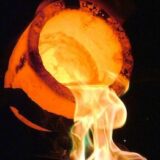