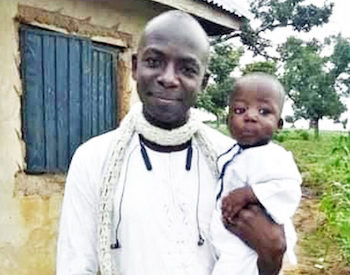 Pastor Leviticus Makpa had established a Christian school in the remote Kamberi village and was killed on his mission base with his son, Godsend Makpa. His wife and daughter managed to escape.

“Our missionary brother, Pastor Leviticus Makpa, was shot dead with his son by Fulani bandits,” area resident Deborah Omeiza told Morning Star News in a text message. “His wife escaped with their daughter.”

An associate of the pastor said Makpa texted her, saying that Fulani herdsmen had surrounded his home.

“Pastor Leviticus Makpa advised that I should not phone, as the herdsmen have surrounded his house and are attacking his mission base,” she told Morning Star News. “I quickly sent airtime to him to enable him [to] keep communicating with me. While I was waiting to hear from him, we began to pray for their protection.”

Radical Fulani herdsmen had reportedly attacked the pastor in the past for his faith.

“Fulani bandits came against them, they hid in the cave to save their lives, and after they left, he went back to the field with his family; how many of us can do this?” asked Samuel Solomon, a close associate of Makpa’s.

“He eventually lost his life and that of his son; the wife and daughter escaped. He knew his life was at stake, but burden for souls won’t let him run away from the field.”

Solomon said they had planned to adopt him as a missionary, “but painfully he has joined the league of martyrs in Heaven. His blood will testify over the land and also against the insecurity of a corrupt Islamist government in Nigeria.”

Solomon said the mission of the radical herdsmen is to wipe out Christianity and “obliterate the church.”

The Fulani Militia is the fourth deadliest terror group in the world and has surpassed Boko Haram as the greatest threat to Nigerian Christians. Many believe that the attacks are motivated by jihadist Fulani’s desire to take over farmland and impose Islam on the population and are frustrated with the Muslim-dominated government that is believed to be enabling such atrocities.

On December 7th, 2020 The US State Department added Nigeria to their list of Countries of Particular Concern for tolerating “systematic, ongoing, egregious violations of religious freedom.”

Recently, in The United States Commission on International Religious Freedom (USCIRF) 2021 annual report, Commissioner Gary L. Bauer described Nigeria as a “killing field” of Christians and warns that the nation is moving toward a Christian genocide.

“All too often this violence is attributed to mere “bandits” or explained away as hostility between farmers and herdsmen,” stated Bauer. “While there is some truth in these assertions, they ignore the main truth: radical Islamists are committing violence inspired by what they believe is a religious imperative to ‘cleanse’ Nigeria of its Christians. They must be stopped.” 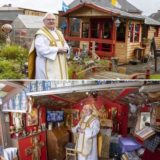 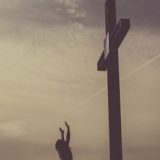