My experiments with maths 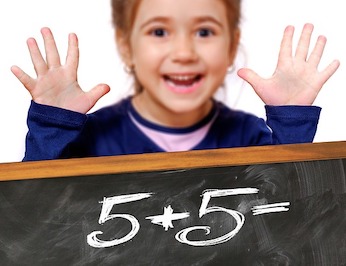 I have always spelt Math, H-A-T-E. Let’s face it – mathematics is a subject that arouses extreme feelings in the bosom of a student. Either you hate it or you love it. Either you are good at it or you feel lost at the mention of it. I belong to the latter group.

On October 15, the world (nerds) marks Maths Day. I mark nothing. I may be a total softie who sends daily good morning messages to all I hold dear and one who looks forward to receiving the same, but that was one day I did not mark. Too traumatising.

My earliest memories of the subject are of me struggling to count on fingers while the figure of my class teacher loomed above.

I remember that Cokie Roberts once said, “As long as algebra is taught in school, there will be prayer in school.” How well do I know that thought!

My dad is one of those men with high morals who believe that children have to work hard on their own, without resolving to be spoon fed, in the form of tuitions. But he met his waterloo when I reached the 10th grade. It hit him like a ton of bricks that if he did not send me for tuitions, my “count on the finger-ponder-count again-ponder” technique would make my maths scoring sheet look like a bloodstained rag.

The battle was not a solo one. Somehow, most of the students of my 10th grade class were known dunces in maths. All of us ended up running off for tuitions to different teachers that year. A teacher who was a rank holder in mathematics taught us, but none of us ever caught up. Maybe it was our natural stupidity or her habit of getting hold of all our free hours and substituting it with mathematics lessons that did it. The more she struggled, the more we muddled up. In fact, during a recent school re-union, it was a joke among our spouses that none of the students from our batch could even work basic sums well. Sheesh. Except one and she is a maths teacher today – our batch’s one saving grace.

First came our battle with algebra, then geometry and trigonometry. Trigonometry was fun because sin theta and cos theta sounded different. My interest in statistics soared during those days because I enjoyed tallying those figures and crossing them off. But integration and differentiation send chills down my spine even today. I persisted because I had this dream of becoming a pilot (a real dream) after getting a degree in aeronautical engineering (not really a dream, but a necessity). Oh yes, I endured endless teasing from family and friends about me making calculations on my fingers while the plane came crashing down. I ignored all that and continued fighting.

My family stopped fighting fate and once more sent me for extra tuitions throughout the week. My new tutor was great. He had 40 of us in his class and since he had no illusions about us, so he started with the basics. Our parents chose him after a long search and several discussions with each other because he had a reputation for drilling mathematics into dunces with great persistence. My dad who is stingy with compliments was once heard praising him. “That man is a born fighter. Anyone who can explain the rules of algebra to our daughter can be no quitter.”

That battle ended when I was politely informed after completing my 12th grade that I could not get a permanent job as a pilot because my eyesight was so poor that I could barely see my own reflection in the glass. I could take up flying as a hobby though. I quit and turned to something I love – writing. By God’s grace, I have never had to learn mathematics afterwards and I have survived. I do struggle to explain basic mathematics to schoolchildren though. And yes, I still count on my fingers if necessary.

My advice to students who are bad at mathematics is – do not fight fate. Work hard and you will survive until you get a chance – to leave school and to forget it. Try your best and you will do well, but if you do not, please remember that it’s tough because maths is so straight – there is no scope for imagination in it. Your algebra sum is in no way different from that of your friend, but your poem or essay definitely is. You have a set answer and you have to reach it somehow. Your teacher might reach the answer in three steps, while you somehow struggle up to ten steps and get lost at the eleventh.

But do keep trying because the world does need mathematicians and mathematics.

PS: The above image of the little girl was chosen because I actually knew the answer to that one.

PS2: The child in the image is blurry because reading up about mathematics CAN have that effect on you and me. 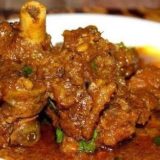 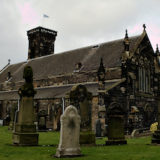