‘My Christian faith is my strength’ 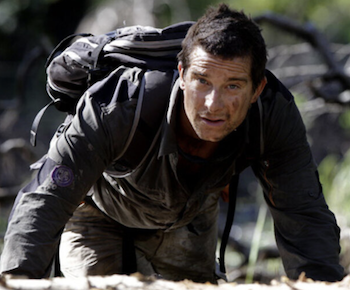 Adventurer Bear Grylls continues to enrapture audiences in the UK and the States with his fearless and sometimes stomach-turning survival tips and tricks.

Grylls has opened up about his faith during a recent interview.

“I didn’t really mean it to be public,” the 45-year-old told Fox News.

He said that the strength to endure these often harsh and dangerous environments isn’t from himself; he credits his Christian faith with giving him the fuel he needs to face everything life – and nature – throws at him.

Grylls said he found his sense of accomplishment from his Christian faith which had led him to be proud of “simpler things” such as being married for 22 years or having three boys.

Footballer wanted to be a priest

One habit that he believes keeps him consistently on track is starting his day right, hence his new book Soul Fuel, a daily devotional for men.

“I wrote this book because I try to do something every day at the start of the day…and I’ve just written down notes over the years of things that have helped me…where I secretly find my strength.”

He added: “It’s rooted in Christ’s teaching but it’s all about love.”

In Soul Fuel, Grylls encourages people to live each day with “purpose and power”.

“Be brave. Embrace faith wherever you may find it. You have nothing to lose and everything to gain,” he says.

But he also writes honestly about his own weaknesses and fears.

“I often don’t feel very strong. Life can be a battle. We all feel that from time to time. But any strength I do have seems to come in the quiet moments at the start of my day,” he says.

“It comes when I am on my own, on my knees. It comes from taking time to be still with God…So for me, starting my day like this really helps. It is like food. Like good fuel for the soul.”

He has previously been quoted saying his faith has been “a very empowering and important part of his life”. The committed Christian has numerous successful TV shows under his belt on both sides of the Atlantic and this year the 45-year-old chalked up another accolade when he was included in the Queen’s birthday honours list.

Although the 48-year-old adventurer admitted he found it “hard to articulate” his faith as he understands how religion has been “tarnished”, he has always been vocal about it.

He has various links with Holy Trinity Brompton (HTB).

Grylls was also famously seen praying for former president of the USA, Barack Obama during an episode of his TV show Running Wild with Bear Grylls.

Grylls said: “I was always the least religious person growing up. As I kid I had a really natural faith, I always believed in some higher power, I could feel there was something around and then I went to school and we all had to go church and they all wore white cassocks and spoke Latin. It’s been a life journey to unwind all of that and realise that actually the little me had it right. Faith is in your heart, knowing that you are not alone. There’s something bigger than us out there and therefore that power is for us and not against us and despite my doubts, I’m going to put my trust in that and try to have love at the centre of all we do, and live empowered and go for things and not be driven by fear.”

A new season of Running Wild with Bear Grylls will be released in July, with celebrity guests learning essential survival skills.

The Chief Scout, who is also a former SAS reserve and ambassador for the evangelistic Alpha Course, was awarded an OBE for services to young people, the media and charity.

His latest adventure is The World’s Toughest Race, airing on Amazon Prime, co-produced by fellow Christian Mark Burnett, creator of The Bible and Son of God TV series. 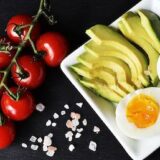 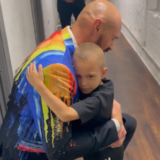