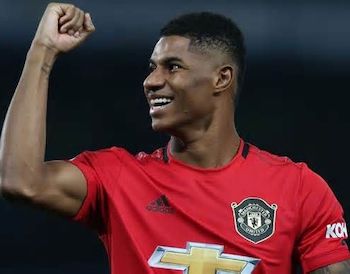 In an interview with the Guardian, Manchester United and England player Marcus Rashford has spoken about his personal faith and how it impacts his life.

Rashford, 23, answered a question asking if he was religious. “Yeah, definitely,” he said. “My mum is very religious.”

Rashford talked about growing up on a council estate in Wythenshawe, Manchester and experiencing poverty first hand.

He went on to add that although they don’t practise all the time, “the faith we have in God is shown by the people that we are. For me and my family, that’s definitely the case. If you could see our lives 15-20 years ago to where we are now, it’s impossible not to have faith in God and all He does for us”.

Rashford’s mother, Mel brought Marcus and his five siblings up as practising Christians. A single mother, she held down three jobs as Marcus was growing up.

Rashford told the Guardian how his mother sometimes wouldn’t eat at home as “there would only be enough for me and my brothers and sisters. She wouldn’t eat that night, but you wouldn’t be able to tell. Because she was always out working, she could say she had eaten earlier.

“My values come from my household; the rules and the respect we had for each other. For my whole upbringing, she was the leader in that. Seeing someone living through difficult situations every single day, but waking up the next morning and giving it her best go again nothing can really top that,” he said.

He added that his mother always told him anything was possible.

According to the research group CIES Football Observatory, in January, Rashford was named one of the most valuable footballers in Europe with a transfer value of £150m.

Off the pitch, Rashford unexpectedly became noted for his work in shaping government policy. Around 14 months ago his Twitter thread resulted in Rashford becoming an advocate for ending food poverty, twice leading to the government reversing its policy on free school meals during the pandemic for the UK’s most disadvantaged children. In October 2020, he was awarded an MBE in recognition of his services to the country’s children during the pandemic.

Rashford’s latest passion is child literacy. He told the Guardian, that he didn’t start reading properly till he was 17. He’s now a published author, writing You Are A Champion, with football journalist Carl Anka, which is a self-help book for children.

Despite his involvement in shaping government policies, he doesn’t see himself as political. “No, not at all. I’m just a young person who was in a difficult situation and managed to find a way out, and now I’m in a position where I can help others…Everything I’ve spoken about is factual things I’ve been through or that other people are going through,” he said. 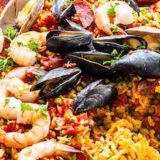 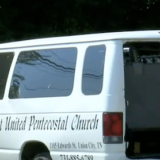