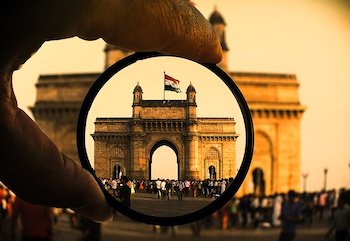 It was in 1947 that India regained her freedom. Year after year, we have celebrated Independence Day with much pomp and grandeur.

Now amid the Covid 19 pandemic, we marked the 75th Independence Day, keeping social distance and wearing masks to keep the virus away.

On the midnight of August 14, 1947, our country became free from the clutches of the British rule and shred away the spirit of slavery. No doubt it was not easy for our forefathers to reclaim our mother nation from foreigners who came for trade.

Our struggle for independence was led by Mahatma Gandhi who advocated the method of non-violence.

Our freedom is priceless. Many laid down their lives to give us a free and secular India. From the divide and rule policy of foreigners, we had grown to move against adversaries, united.

The largest democracy has grown beyond imagination in the last few years, in every domain – ranging from farming to rocket-launching. Yet, this year marks a difference and several challenges to the dreams of our forefathers. Even as we are all set to celebrate our independence day, Corona virus has become a huge threat to our country.

As the year pass by, we are on loosing ground. The values and rights for which our forefathers sacrificed their lives are slowly and forcefully being pushed out of our country.

Our secular country has become a place of intolerance and religious persecution. Religious freedom is slowly vanishing. Hate speech, propaganda and mob violence has become common in our day today lives.

The lives of our farmers are in turmoil. India is an agrarian country with around 70% of its people depending directly or indirectly upon agriculture. Farmer suicides account for 11.2% of all suicides in India. The National Crime Records Bureau of India reported that a total 296,438 Indian farmers had committed suicide since 1995.

Let us Indians shred away the chains of slavery and march towards true freedom. This is the right time for us to seize the light back, shredding the powers of darkness.

Not just on the dawn of Independence Day, let us march for true freedom – where the mind is free without fear.

George is a journalist, copywriter and public speaker. He holds a degree in Journalism, Psychology and English, a degree in Philosophy and an MA in Mass Comm and Journalism, which he passed with a second rank. He cleared UGC Net (still kept on the shelf) and worked with Jelitta, IMC, Radio Mango and ucanews.com. The MD of a top creative agency and the Editor of www.keralacatholiconline.com, he is supported AND distracted by wife Sherly and two naughty boys. 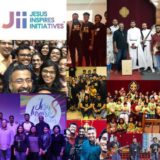 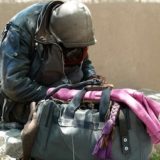 Next Story
Living with a prodigal child?