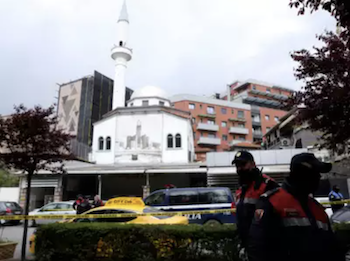 An investigation was launched and authorities did not immediately disclose why the man had carried out the attack.

Nikolli’s father is a Catholic, his mother is Muslim. His father said that his son was converted to Islam by an imam in the town. Police said Nikolli was from the northern town of Burrel and his religious background was not yet clear.

Police reacted immediately after the attack began and took him into custody.

The five people wounded, all men ranging in age from 22 to 35, were taken to hospital and police said their conditions were not life-threatening.

Nikolli’s father, Niko, told Balkanweb online media that his son has been depressed since last year after he was not allowed to leave for Italy.

Rudolf Nikolli had also been infected with coronavirus.

“Though I am a Catholic I have told him OK (to go to the mosque), because my wife is a Muslim. ‘If you do not want to go to the church, go to the mosque as normal people do’, I’ve told him,” he said, adding that his son was often prevented from entering mosques by worshippers because they told him he was a Christian.

Ahmed Kalaja, imam of the mosque, said the armed man attacked worshippers and staff at a time when the mosque was filled with believers during the fasting month of Ramadan.

“We hope it was not a terrorist attack,” said Mr Kalaja, adding that the five wounded believers were praying when Nikolli attacked them.

Albania’s 2.8 million people are predominantly Muslim, with smaller Christian Catholic and Orthodox communities that have got along well with each other. 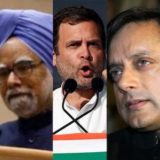 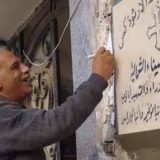