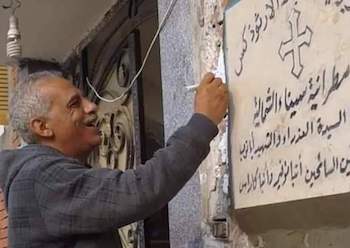 An Islamic State-affiliated group has claimed the execution of a 62-year-old Coptic Christian and two tribesmen in in Northern Sinai, Egypt.

A video depicting Mr Salama’s execution has been circulating on Islamic State media, warning the Christian community they will be targeted due to their support of the Egyptian army and their loyalty to the Egyptian state.

Two young Sinai tribesmen are also seen being killed in a barren, desert landscape, with the armed group members accusing them of fighting alongside the Egyptian military.

Mr Salama’s son Peter told the Egyptian newspaper, Watani: “My father was tortured by the terrorist group because his teeth appeared broken. We were forced to close our businesses and leave our homes to another city and we continue to receive threats.”

CSW’s Founder President Mervyn Thomas said: “We extend our deepest condolences to Mr Salama’s family and the Coptic community in Egypt. Whilst President Sisi has been personally committed to promoting peaceful co-existence between Christians and Muslims in Egypt, and his government has taken some encouraging steps towards promoting this, the abductions of Mr Georgy and Mr Gerges highlight that far more must be done to uproot sectarianism, protect vulnerable communities, promote social cohesion and uphold fundamental human rights for all Egyptians.”

Egypt ranks 12th in the Open Doors list of countries where Christians face most persecution. The Coptic Church makes up between 10 and 15 percent of Egypt’s 100 million population.

“The church affirms its steadfast support of the Egyptian state’s efforts in quelling hateful terror acts,” the Coptic Church’s spokesman said after the killing.

The incident comes ahead of Coptic Easter which will be celebrated by Egypt’s Orthodox Christian community on May 2. 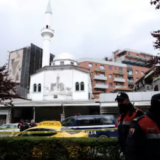 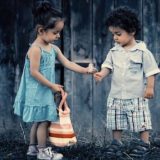