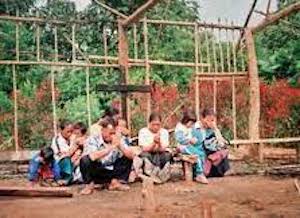 Authorities in Lao have chased seven Christians from their homes, forcing them to live in a makeshift hut in the woods – because they refused to renounce their Christian faith.

The Christians were expelled from their homes for practicing their faith, even though a national law protects their free exercise of religion.

Christianity is a minority religion (just 3%)  in Laos, numbering 150,000, divided approximately equally between Protestant and Catholics. There are three major Churches in Laos: the Lao Evangelical Church, the Seventh-day Adventist Church and the Roman Catholic Church. Discrimination and persecution against Christians is not uncommon in the Buddhist-majority country. Christianity is viewed as an American religion or as a tool of the CIA to undermine the Laotian regime.

Vatican News reported that the Christians were forced to flee to the forest and are living without enough food and basic amenities in a small makeshift hut. Despite efforts by family members to provide help to the Christians, village authorities reportedly will not allow relatives or friends to help them.

“Their family members are too scared to help them and fear they, too, will be thrown out of their homes if they dare to provide any help,” a local villager told a foreign news agency. “They have no food or clothing and do not know where to turn for help,” the villager said.

In December, the country passed a law strengthening the protection of Christians and allowing believers to practice their faith with some restrictions. However, Laotian Christian groups say officials in rural areas have continued to threaten and oppress believers and treat them as second-class citizens.

Open Doors USA ranks Laos among countries where it’s most difficult to be a Christian; the country’s Communist government has passed laws that make it difficult to build churches or conduct religious activities. Converts to Christianity in Laos face the most severe forms of persecution. Abandoning Buddhism or tribal animist beliefs is seen as a betrayal to family members and the community. Consequently, believers are persecuted by their immediate and extended family (Laotian households have three generations under one roof) and by local authorities, who often stir up the community. Christians live in extreme caution to avoid negative reactions from government officials. In rural areas, residents watch Christians with suspicion and sometimes drive them out of their villages.

According to Open Doors, 75% of all government-approved Lao Evangelical Church congregations do not have permanent church structures and are forced to conduct worship services in homes. House churches are considered illegal gatherings and must operate in secret.

Christians who are jailed are often held indefinitely without proper legal representation. They are subjected to “re-education” sessions to force them to renounce their faith, according to foreign Christian groups who have been monitoring the plight of Laos Christians.

Christians are also denied basic government services – even help during floods and droughts. This year, 13 Christian villagers were refused help during a prolonged drought, according to Christian Aid Mission, which provides aid for persecuted Christians.

“Local officials tried to force them to sign confessions and leave the village – twice – which they refused to do because they had nowhere to go,” the aid group reported.

“The government wants to give special assistance to the people, but the village headman did not give any to the Christians,” a local Christian told Christian Aid Mission. “They are waiting until they renounce their faith.”

Pray with the church in Laos

(With inputs from Open Doors) 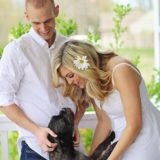 Previous Story
How to stay in love forever
→ 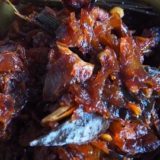