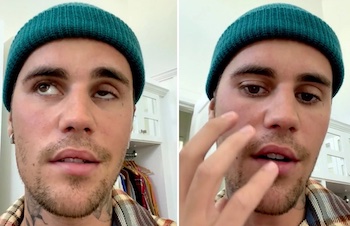 In a video he shared on Instagram, Justin Bieber has revealed that he’s been diagnosed with Ramsay Hunt syndrome, a rare neurological disorder that causes facial paralysis. An estimated five out of every 100,000 people in the US will develop RHS annually. It is caused by an infection of the varicella-zoster virus — the same one that causes chickenpox and shingles.

“Been getting progressively harder to eat which has been extremely frustrating,” Bieber wrote in his post, adding, “please pray for me.”

Bieber was forced to cancel two Toronto concerts this week due to health concerns.

He addressed disappointed fans in the video: “So for those who are frustrated by my cancellations of the next shows, um, I’m just physically, obviously, not capable of doing them. This is pretty serious, as you can see. I wish this wasn’t the case, but obviously my body is telling me I gotta slow down.”

For the time being, Bieber said he is following the advice of his doctors to take it easy. 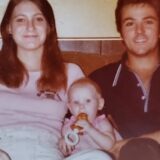 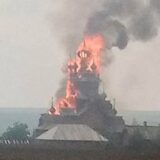