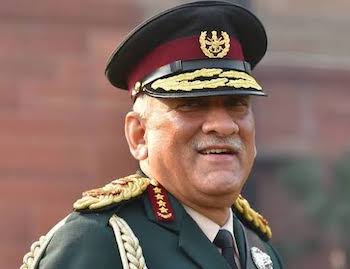 India’s top military commander has been killed in a helicopter crash in the southern state of Tamil Nadu.

Chief of Defence Staff General Bipin Rawat, his wife Madhulika and 11 other people on board an Indian Air Force helicopter died in a crash near Coonoor on Wednesday.

In a tweet, the Air Force said, “An IAF Mi-17V5 helicopter, with CDS Gen Bipin Rawat on board, met with an accident today near Coonoor, Tamil Nadu.”  The crash happened at a distance of about 10 km from the helipad where it was to land.

Thirteen out of the fourteen people on board are dead. One survivor, Group Captain Varun Singh, is undergoing treatment at the Army Hospital in Wellington.

Videos showed wreckage scattered on a hillside and rescuers struggling through thick smoke and fire to locate bodies. Charred bodies were pulled out by local people and cops from under mangled metal and fallen trees.

General Rawat, 63, belonged to a family of military officers and is one of the most celebrated soldiers of his time.

He took over as the Chief of Defence Staff (CDS) on January 1, 2020 – the first to occupy the post that made him the country’s foremost military officer; integrating the leadership of the Army, the Navy and the Air Force.

As CDS, he ranked above the other four-star military officers heading the Navy, Air Force and Army and headed the Department of Military Affairs in the Defence Ministry. He was the Principal Military Advisor to the Defence Minister on all matters related to the forces.

The crash has perplexed experts as the flight from Sulur to Wellington did not involve complications.

The Mi-17V-5 is the latest twin-engine iteration of the Russian-made Mi-17 transport helicopter and is used regularly for high-altitude operations. 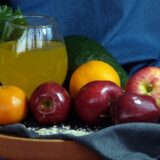 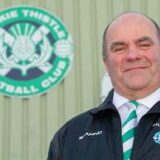