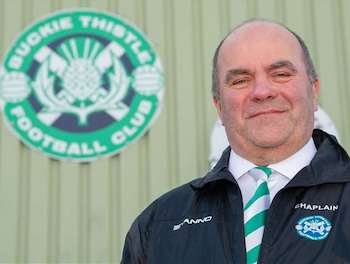 Scottish Pastor John Coppard, a football club chaplain has died of Covid-19, despite having had two vaccine shots.

He was the pastor of Buckie Riverside Church on East Church Street and Buckie Thistle FC’s first club chaplain. He contracted Covid-19 two weeks ago.

In a statement, the football club said: “We are absolutely devastated to announce the passing of Club Chaplain John Coppard. John did so much for our club and was a Gentleman and friend to so many. Thoughts are with Irene and all the family. John – you will be sorely missed by many. RIP my friend.”

Pastor John, a much popular man, was at the forefront of so many good things that happened in the little Scottish town of Buckie. A familiar site around its streets is the Big Green Bus, an ordinary single decker vehicle, which John converted into a place where people with addictions to drugs and alcohol could find help. From 2014, John turned the ex-stagecoach service bus into a place of sanctuary and the first point of contact for people struggling with substance addiction. At least 14 people who went to the Big Green Bus have gone to various rehabilitation centres around the UK.

One former addict said that without meeting John he would probably be dead by now, or would certainly have spent his life frequently locked up in prison.

Not one to stand on ceremony, John would usually preach while dressed is his regular attire of jeans and a T-shirt.

John was born in Portgordon, moving to Buckie when he was still quite young. After finding faith in the mid-1980s, he then went on to become the pastor of the Riverside Church in 2010.

In addition to the Big Green Bus, John organised regular soup and sweet lunches, as well as special Christmas dinners for people who were on their own, which were always very well received by the community.

As well as his Christian faith, John was also passionate about dogs and about football.

He was instrumental in a campaign for goalposts to be set up on land near the estate where he lived so that local kids could develop their skills.

One of his last wishes is that others should take the virus seriously and give themselves the maximum possible protection by getting their proper vaccinations.

John leaves behind his wife Irene, two daughters Sonya and Elaine and a son Roy. 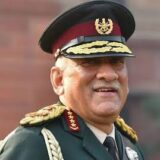 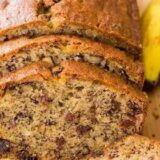