I’m in Love with a Church Girl 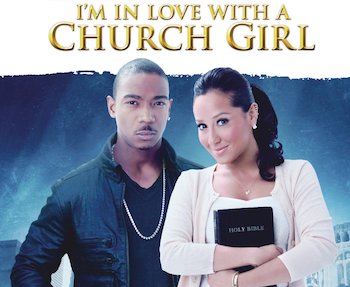 I’m in Love with a Church Girl is based on a true story about the writer himself, Galley Molina.

Miles Montego (rapper Ja Rule) has it all – cars, boats, good looks, mansion, money, women, but more importantly, he has a past. Miles is a retired high level drug trafficker who is now completely legitimate.

Even though Miles has turned over a new leaf, the DEA can’t seem to let him out of their sights. Miles’ only downfall is that he is extremely loyal to his circle of friends and former colleagues who are not retired from the lucrative business.

Keeping his nose clean doesn’t mean Miles likes to go to church. He may be straight. But he’s busy on Saturday nights, and he likes to sleep in just as much as the next guy.

Struggling to keep on the right side of the law, Miles meets the one girl of his dreams but she’s not the usual type of girl that he’s used to dating. Vanessa (Adrienne Bailon) is a church girl in every sense of the word. She is a morning person—Sunday morning especially—and she lives in the light of that morning all week long. She goes to church, attends a Bible study and works in a faith-based store. She talks the talk and walks the walk and, in spite of it all, Miles finds her irresistible.

Vanessa begins to lead Miles back into the influence of the Church. He’s given a Bible with his name engraved on the front. She shuffles him CDs of Christian artists to listen to. She pushes him into even coming to worship services with her—and not just on Christmas and Easter like he’s used to. It’s crazy, he thinks, but he slowly begins to see that God is more than just sitting through sermons and passing the offering plate. Way more.

They are tested to their last ounce of faith and strength in God and each other. God continues to chip away at Miles through struggles from his past, having to live up to his reputation, feelings of unworthiness, the death of his mother, federal charges, his friends being indicted, the strain on his relationship with Vanessa, almost losing her in a near fatal car accident, and finally the spiritual breakdown and one on one with God that brings Miles to his knees.

After Miles’ mother dies from an illness, and he proposes to Vanessa on an airplane. After a car accident, Vanessa enters a coma. As he waits in the hospital, Miles starts to restore his faith in God, praying to him to make Vanessa wake up and saying that she shouldn’t have to pay for his sins. Vanessa recovers and the two marry. He writes to his friends, who are now in jail, and tells them that he misses them. He also sends them Bibles and tells them that they better stay out of trouble since they’re going to be uncles.

Christians understand the power of love, and its oomph here is unmistakable. While Miles starts his journey down the straight-and-narrow on his own, it’s clear he can’t stay on that path without God. And he finds God through the love of others.

Vanessa is, obviously, instrumental. Through her unwavering commitment to Christ and the gentle example she sets, Miles grows ever more committed to walking the righteous walk.

But it’s not just Vanessa who tries to be a positive influence in Miles’ life. Miles’ mother loves her son, introduced him to church when he was boy and now wants nothing more than for him to find a nice Christian girlfriend/wife.  Miles, we learn, used to go to Mass every Sunday with his mother, where he was bored to tears. As an adult, he only goes to church on Christmas and Easter … until he meets Vanessa. He tells her at first that he’s merely “between churches”—a status she quickly changes. Before long, she’s taking Miles to her evangelical-style church with its cool contemporary music and urgent altar calls. Miles starts reading his Bible and asking questions. And when he fears that his past makes him damaged goods, Vanessa reassures him that God wants him just as he is.

Miles first has to work through some deep-seated anger and control issues with God. And when Vanessa gets injured in a car accident, Miles has it out with Him. “I’m tired of hearing, ‘It’s in the Lord’s hands!’” he fumes at the hospital. And he bargains with God not to take Vanessa away from him, railing that he’s a changed man—a better man—these days.

Then, in the end, Miles realises that having God as a co-pilot isn’t enough: He’s got to give Jesus full control of the wheel.

The film ends with a look at three years later, showing Vanessa, her family, Miles’ dad and their daughter in church, where Miles is now the pastor.

I’m in Love With a Church Girl can give moviegoers a taste of what the beginnings of that God-given change can look like. A glimpse of the spiritual hope surrender to Christ provides. 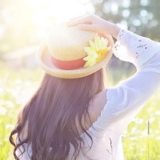 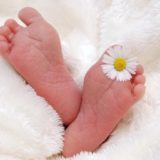 Next Story
90,000 saved from abortion